The disembodiment of memories 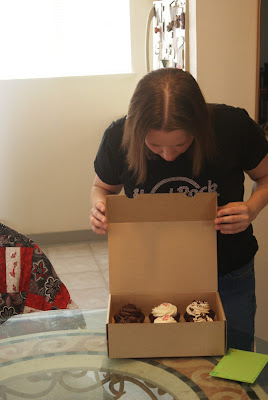 My dad and I were talking for awhile today. He said felt old knowing that in 25 years, he'd be his parents' age (my grandmother is not doing well and I just had a birthday, so this inspired the age discussion.) I said I felt old when places I loved closed down.

A Greek restaurant near where I live just up and closed last week. The Barnes & Noble near Rockefeller Center in New York is closing.

Is there anything spectacular about these two places? No - just nostalgia.

The Greek restaurant we found by accident when my parents lived in Portland. We were super hungry - my dad, me, and my little brother, who was 4 or 5. Santorini served some of the best Greek and Italian food I've ever had...and the first time we went just happened to be a weekend where they had belly dancing. I've never seen my dad so embarrassed. My brother, on the other hand, couldn't take his eyes off the dancer!

I've had many meals there since then. Notably, Mr. RK very nearly proposed to me there - he had his hand in his jacket pocket, on the ring box - but a waiter appeared at exactly that instant to take our order.

The Barnes & Noble closing makes me just as sad. A story I read said it had been there for 15 years, so I must have started going there in college right when it opened. I liked their iced mochas, and it was a good meeting point on the Upper West Side. Since college, I've been back there on return trips for the same reason, having cheesecake with Mike D, getting books and cards with my dad and my brothers.

And I kissed my friend, happy, on escalator on the way up to the second floor of that bookstore - college, a lunch with a couple of margaritas. I had a huge crush on him and nothing ever happened with us romantically after that, but it stands out as a memory.

When places where we have made happy memories no longer exist, it's unnerving, my dad suggests, because the memories are then disembodied.

But as he put it, time for new memories somewhere else, even while we treasure the old ones.

So here is a picture from something I won't ever forget. One of my friends who has been seriously broke for awhile came over and brought me a box of gourmet cupcakes for my birthday. The cupcakes are long gone, but the thoughtfulness will linger, and there's no place attached to it that can be closed, demolished, or left behind.
Posted by Riot Kitty at 6:58 PM

This is such a beautiful post ! I know what you mean, especially since friends that were once close to you move and all that's left are the houses that they lived in to drive by.

It's always sad when favorite restaurants close. The economy certainly played a role in it.

That's a sweet friend you have !

I'm with Senorita, what a beautiful post this is. "Unnerving" is the right word, I don't like it when places I love cease to exist. But the emotions can't be taken away.

I agree with Señorita, this was beautifully written and it got me nostalgic just reading it. I'm torn about returning to Rochester because I know the town I dream about will be nothing like I left it.

I have wonderful memories of stealing pennies from my mom's big green vase and walking to the corner store to buy Good 'n Fruity and Now and Laters. (She knew the whole time!)

I think your dad has it exactly right. It does make me sad to see old placed torn down though.

And that is a special friend who brought the doughnuts.

In my case, whenever I do paperwork for a new employee and I see that their birthday falls in the general neighborhod of when I went to high school + 2 years (1979-83), I get a little sad and start to feel my age.

Memories are great to have and to revisit, but sometimes they do leave longing for more once you get done.

A little part of me dies everytime I learn about a record store closing. At the rate they are closing these days, there are very few parts of me still alive.

Nice post! I may blog about this subject myself. :)

Thanks everyone...WIGSF, I'm totally with you on record stores. Makes me sad. Joey: go for it!

I always feel that way when they change the name of an old sports arena. Where's the romance in Verizon Southwest Airlines Tostitos Stadium?

MZ: I hate how they do that.

In a bit of convergence...was just talking with Mr. RK about how Dad used to sit there playing his guitar while talking people, but with the degeneration from diabetes, weight issues, and age he can no longer use his small two fingers

It is hard watching that, particularly remembering something wonderful that can no longer happen, whether it is friend, family, or treasured memory location.

Darth: I am sorry to hear that. That sounds like it would be painful to see, indeed.

Have a nice day, Boonie

Boonie and Claire: Thanks!

The economy seems to be forcing a lot of businesses to close.

Oh RK, what a great post I must say and yes things will never be the same just like our childhood but you know it'll always stay in our memory bank :D

I will always remember cheesecake, whether it's at the Noble or not!!!

Darn, I am already missing my Barnes and Noble..
I wish I had a friend like that.
My Womans club is having a Book sale in October..to replenish our Scholarship fund.
We have over a thousand books..some very new.
Tell me what authors or titles you like and I'll see what we have.
My treat..:)