So the bad news is that I am still in the hospital and cannot visit your blogs. good news is all the tubes have been yanked out of me now and I can eat again.and now having been pricked many times I have thumbs of steel. Cross those unpicked fingers for me and I hope to see you soon.
Posted by Riot Kitty at 7:36 PM 12 comments:

I has a sick

Promise to be back in blogland as soon as I am upright. 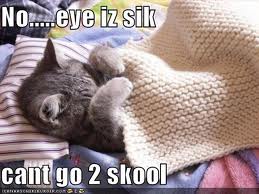 It gets even better

However...now and then there are moments of out and out hilarity (witness the Rev. V.V. Bright the Second), and this week I think I had the most bizarre and funny phone call that I have ever had at work.

Technically, a volunteer had the call. Get this: a guy calls and his wife works for one of the employers that has a team at our event.

He calls to WARN US: the team is coming dressed up as pirates!

And HE DOES NOT WANT TO DRESS UP AS A PIRATE. 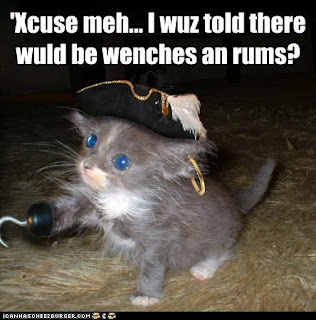 My volunteer is trying hard not to laugh. I am only hearing her end of the conversation.

"Well, no, I don't think you have to dress up as a pirate...did you talk to the team captain? It was his idea. Oh, I see. Well, no, you don't have to dress like that, I don't think, if you don't want to. Yes, I will let them know here that there will be about 100 people dressed up as pirates. Thank you for telling us."

I kid you not. He kept her on the phone a whole five minutes.What the fuck are we supposed to do? Tell him it's OK not to want to be a pirate?

The kicker is, the team captain is a friend of mine. I e-mailed him, subject line, "Arrrr!"

He said, "I can't believe someone ruined the surprise!"

Someone who should still be in diapers, apparently.
Posted by Riot Kitty at 9:32 PM 18 comments:

Welcome to my work

I love my job, but that doesn't stop it from having moments where I feel like I've woken up in the middle of a Stephen King novel.

Witness today. We have an event coming up which requires registration. Some people don't want to go online, so they send in registration forms.

A volunteer is tying away, putting these into excel, and he says, "Um."

He says, "I think you should look at this. The Rev. V.V. Bright the Second (not his real name, but yes, he filled in Rev. --- the Second) has written some more information on his registration form for you. Other than his name and contact information."

Keep in mind, it’s from an adult, but he lists “SAIF” (our state worker's comp insurance company) under “Parent/Guardian.”

In the line for a donation, he writes “LOVE.”

And some other stuff we can’t read…

Times like this I can't decide if it's a joke or real. Or, as my friend K suggested, the result of lots of marijuana. 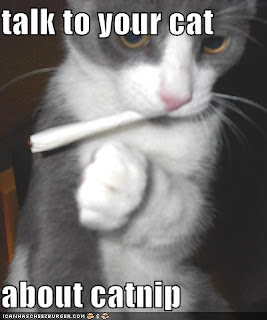 But last year, someone signed up for an event with the first name of a major city and the last name that means the equivalent of stinky. So we'll call her St. Paul Stinky. I thought that must be a prank until I found out this was a real person who volunteered at one of our chapters.

This year her sister signed up the entire family and called their team - wait for it - the Stinky Family.

I suppose that's better than the Stinky Feet.

And no, I am not making any of this up! I'm not that creative.  Maybe I would be after lots of marijuana, but that's not my bag.
Posted by Riot Kitty at 10:08 PM 18 comments:

I like it when people are funny and irreverent. Mind you, I'm not going to start cracking jokes at a funeral, but I have no use for stuffy formality. 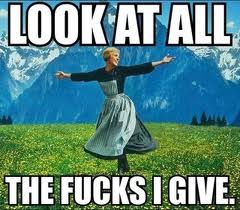 We have a new volunteer at my office. I didn't really know what his skills were, and he wasn't sure what he wanted to do, but we chatted and I knew he would be a good addition to my office because he has a great sense of humor. As it turns out, he has mad IT skills and is a fast learner. He said he already feels like he's a part of the crew, and that has made him really dive in and do great work.

I especially love unexpected humor. Like this e-mail that I got from my cell phone carrier, when I was inquiring about why the new phone I want is available for new customers and not current ones.

So, we had a sudden run on the Nexus and ended up with alarmingly low stock.  Meanwhile we had just sent a mailer out to our prospects offering it, and everybody was biting their nails over whether or not we would have enough to fill the orders...so we snatched it down from the member services site in hopes we would not sell out too quickly.

But I still have some.  And you can have one if you want it.

Success! That's another thing I like: getting what I want. That is another post altogether. What have you been wanting lately? 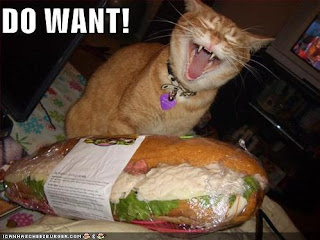