Save yourself! Tips for not getting bumped off in a British mystery

As you all know, I am a bit of an Anglophile, and particularly love BBC mysteries, as well as several of the "Golden Age" British mystery novelists. I have posted several times about what to expect from said BBC mysteries, but realized recently that I have neglected to forewarn about how to prevent yourself from getting bumped off on such a series.

Consider this a public service announcement, should you consider becoming a character in such a series. 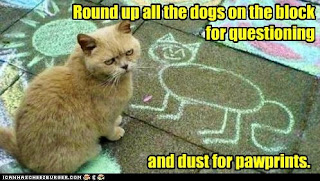 1. Don't blackmail anyone. This is a universal truth: the blackmailer always gets killed. Period. End. Of. Story. (Or end of blackmailer.)

2. Especially don't blackmail the person you believe to be the murderer! Characters do this all the time. Do they think the suspected killer will suddenly have a change of heart, or a religious conversion, as well as an inclination to lighten their wallet? I'm pretty sure no one has ever had this thought: "Hmm. Mary is blackmailing me because she knows I killed Beth. I'll pay up and hope she doesn't say anything, and ignore the gun that I used to shoot Beth."

3. For that matter, don't confront the person you suspect to be the murderer on your own, without the police.  Because duh.

4. Don't arrange to meet anyone in person with a clue that's going to reveal who the murderer is, or one that's central to the case. For the love of God, tell them over the phone! Text them! Email them! Because if you arrange a meeting, you'll always get bumped off on the way there. We know this to be true.

5. If you are dealing with monsters or aliens (e.g. Dr. Who, which is essentially sci-fi mystery), DO NOT assume they are friendly. That assumption means they will eat you. The people who assume the aliens or monsters are unfriendly have a 50/50 chance of being accurate, and they are much more likely to live than the people who assume otherwise (who have a zero percent chance.)

6. This applies even if it's a cute monster or alien. Remember Adipose? 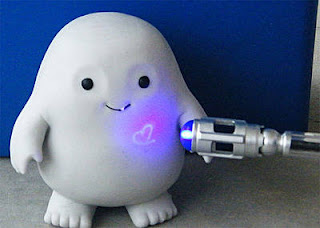 7. Get backup. You know the characters who venture out on their own, even whilst others say, "No, don't!" ? They all end up as toast.

8.  If you are working with the killer, don't double cross them. Because, once again, duh.

9. If you find out about the family secret of some old artistocratic family, just keep it to yourself. These characters tend to get rather touchy about out questionable parentage, and death is usually preferable being caught with the wrong trousers down.

10. Don't drink the scotch! If you suspect someone is a murderer, don't accept their offer of alcohol. Questions? refer to points #3 and #8.

It's not that I haven't wanted to write, or haven't had things to write about...it is the dreaded... 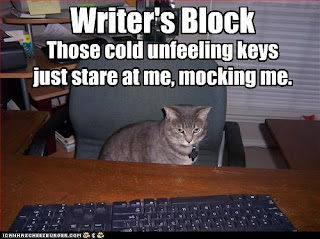 So I'll just give you my odds and ends.

I told her she should start a blog.