A friend of mine who lost his son to suicide posted a single sentence on social media recently: "Grief is a motherfucker."

This is a not a fun post, it's something I'm writing to get some of this hurt out of my system, because it keeps rolling around in my head.

As many of you know, I work for a mental health advocacy organization. This legislative session is the busiest one we've had since I started working there, and it's also been the one I've been the most involved with (my boss is our policy guy. I'm still learning.)

Over the past few weeks, I've helped people draft written and oral testimony about, essentially, how our current mental health system sucks. (Note: no one disagrees with this. No one is boasting about the system we have now; but in true advocacy fashion, no one can agree on where to go from here.)

And as I've been talking to people who want to make things better -  essentially by sharing the very worst things that have happened to them or their loved ones - it isn't lost on me that these people either are or have the family support they need. And I wonder how many people we aren't hearing from, and am all too sure of what can happen to them in a system that sets us up for failure even when we're seeking help.

My mood crashed a few days into this project and I finally realized it was because 9 months later, I am acutely missing and mourning my friend. I'll call her Leah.

Like me, Leah was an assault survivor who had PTSD. Unlike me, she had a series of hospitalizations, abusive relationships, and no support to speak of outside of her network of friends.

If anyone knew how to get help, she did. She was a mental health first aid trainer. She was a peer support specialist. At one time, she worked for me. She was one of the kindest, most selfless people I have ever known.

Last summer, I sent her and two other friends a group text, telling them I was going to be in their area for work and that we should meet up. Then one of the other two friends called and said he had some bad news.

Leah died of suicide. We had a safety plan, she had promised to call, text, anytime if she started going into a bad place. The last time she called and left a message - and I will always regret this - I texted her asking if we could touch base another time, since this huge event I was in charge of was happening the next day.

Me, via text: Is everything ok?
Leah, in response: Yes, everything is great. I'm doing great.

And a month later, she proved very definitively that things had been anything but that.

What I'm discovering is that this is an entirely different form of grief than I've ever experienced. My grandmother died last year; nothing could have prevented her death from a brain tumor. My friend Lynne died of cancer that had spread to her bones; same story.

But I'm convinced that Leah died not because she didn't know how to get help, but because she knew the system so well that she knew exactly what kind of "help" she would get. And she knew it wasn't going to be any help at all.

I'm told it's irresponsible to write about how people take their own lives, in case someone on the edge gets ideas about how they can try to do that. So let's just say this was not a spur of the moment action. It was well-planned. She left no note, no message, gave no clue anything was not, in fact, great.

Sometimes you think, working in this field, that you're somehow insulated. Then mental illness takes one of your own and you realize how very helpless things can look.

All I can think of is that she had no faith that things would ever get better. And that thought was apparently so unbearable that she couldn't find her way past it to the next day, the next month, the next year.

So grief sucks, but this kind of grief feels like a wound that will never heal. Every time I think I'm as ok as I will ever be, it's like a bandage gets ripped off and I'm bleeding all over the place, needing a tourniquet.

I read Kim Gordon's book, Girl In A Band (which is excellent by the way), and she was friends with Kurt Cobain from before Nirvana became big. Writing 20 years after his death by suicide, she says, There is no closure, and there never will be. Because someone died young, and violently.

So I think that's what, after months of grieving, I need to learn to accept. That really, I have to accept something just won't heal.

I miss you people

I started blogging, in a way, to improve my mental health (e.g. venting.) And I realized after some turbulent times I probably need to go back to it for that reason...and also I miss you people!

So let's say this...my job is a lot different, but at the same place, so...you guessed it...it's time for a good rant! 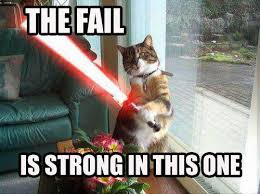 I am working on more policy stuff, which I love, but still doing events, which I ... you get the point!

One of these days, I'm going to buy the shirt I've been threatening to make and wear it to my event. And that shirt is going to say one of the following things:

1. "I'm not your Mommy." Seriously. I have to organize shit for hundreds (and in the case of my biggest event, thousands) of people. Don't ask me at the last minute where the venue is. Or if you can have a meal tailored to the South Beach Diet. Or if I can give you a ride from an hour away.

2. "Not my problem." In the vein of "oh, my 10 friends forgot to register - and they're right outside! Can I bring them in?" As my father used to say when we were little, "Would you like your answer loud or soft?"

3. "Here's 50 cents. Call someone who gives a shit." Ok...that one might actually get me fired, but depending on the day, it might be worth it! Case in point today: we get a 1,000 word email (and I am not exaggerating) complaining that the various support groups (which are run by volunteers, and the spaces for which are donated by kind organizations), occasionally change times or locations.

This person wrote, and I quote, "My mother co-founded a rubber stamp club and in 20 years, they only switched church locations where they meet ONE TIME. They STILL meet on the SAME DAY, at the SAME TIME. Why can't you guys do that?"

Hmm...ok. We'll assume that a. None of our volunteers ever need to move, change jobs, retire, or have anything go awry in their life or their loved ones' lives. Or simply move on to something else. Also, do you have a 100-year-lease option for free in multiple spaces around the state?

4. "We're low budget. Very." The beauty of working for a small, grassroots nonprofit and doing fundraising is that you get to put the bulk of the money into programs. The not so beautiful part of being affiliated with a national organization is that people assume we're bigger than we are.
Case in point from last week: "I assumed there would be a van that would be taking people to your event (which is an hour away from where they live."

Why didn't I think of that? In fact, I should plan to take my work limo to the event. Afterwards, we could go sit in the work lounge. Then drive home in the work Batmobile.

So what's new with you?