I think this is the longest time I've gone without blogging since I was super sick a few years ago.

In short, things have been busy as fuck at work.

This is the conversation I had with my boss last week: 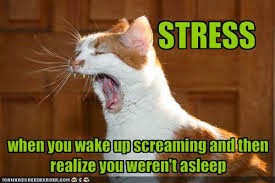 I'm not making it up! As my board president frequently reminds me, it must be pure magic being married to him, so at least I'm not.

There are a number of things I do to prevent myself from spontaneously combusting. These include baking, working out, reading about things that happen in crematoriums (yes, really, I have a fascination with the funeral industry), and watching/reading murder mysteries. By the way, the book is amazing. Highly recommend it.

Last week we watched a new one from BBC (which thankfully got its contracts with Netflix settled) that was filmed in Wales.

After 10 minutes of trying to read lips, I turned to Mr. RK and said, "Can you understand any of this?" Quickly we agreed to turn on the subtitles. (I can hear you laughing, but consider this: the title of the show in English is Hinterland. The title in Welsh is Y Gwyll. So much for the part of our roots that come from the UK.)

I have to say, I got so focused on trying to figure out what people were saying that I forgot all about the stuff that was stressing me out. As a decompression method, I highly recommend it.

And randomly, I'd be remiss if I didn't mention that Paddington is a fucking hilarious movie. I love the books and as you know, movies tend to make ruins of them, but not this one.There are many grownup jokes, and Peter Capaldi steals the show.

No, he doesn't stab anyone. I'll give you a hint: there are a few lines of Lionel Richie!

An open (whiny) letter to (the bastards at) Netflix

One of my younger brothers sent me a news item today stating that your contracts with the BBC were about to expire, and unless you got your shit together in a major hurry, there would be no more BBC for me.

I protest on behalf of the millions of Anglophiles, both public and closeted, who rely on this service to watch shows that are both intelligent and free of the crappy commercials that plague regular TV. How can you deprive me thus? 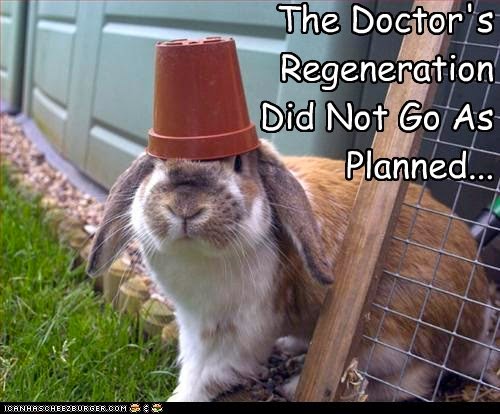 To whit - perhaps you (bastards) have never seen an American television show. You don't know how hopelessly least-common-denominator they are. I don't know what's more insulting to the intelligence of anyone who has any; the shows themselves and the commercials are probably running a dead heat in the appeal to idiocy competition that U.S. commercial television networks have been running for at least several decades now.

I mean, come on. We don't have murder mysteries that don't resemble something out of the Friday the 13th or Saw series of movies, or have multi-syllabic dialogue.

We don't have the same 12 actors appearing in everything, thus creating a fun, steady brainteaser of, "Where have we seen her before?", resulting in much puzzling and the eventual give-up move of using IMDB.

We don't show men's asses nearly as much. At least not the ones we would want to see.

We don't have characters that agonize for seasons at a time over whether or not they should ask each other out on dates. Come on, people! Some of us need that thrill of sitting on the edge of the couch yelling, "Just kiss him already!!"

We don't have any actors that are allowed to age like real people. We have to turn to Europe for that. 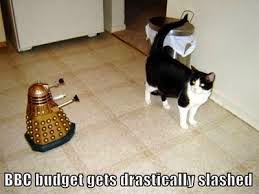 So, I am forced to cry, and look for alternatives that I never would have considered before - namely, your rivals. Who may or may not be user friendly.

One of Mr. RK's most endearing traits is that he comes up with adorable things to say. Clever and cute at the same time.

One of them is, "I didn't say it - I just thought it really loudly," which is usually preceded by an amazingly clever insult. (Although another one of his lovable traits is his ability to insult people without them knowing it.)

For better or for worse, I am in charge of an additional event every other year which involves setting up meetings between legislators and our members. You know me: I am organized. I put the "O" in OCD! I plan ahead. Has that stopped the idiots from coloring outside of the lines? Of course not. 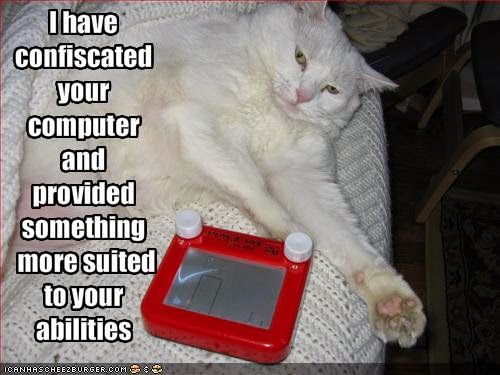 Here is the stock email I have been sending to our local chapters since registration for the event opened:

Please help us get the word out to membership as soon as possible, as the registration deadline is Jan. 18, and legislators' calendars fill quickly.

Actual email I received today from an employee of one of said chapters:

Hello, RK! I wanted to let you know that we're doing two informational sessions in preparation for your event. The first one will be on Jan. 17, where we'll inform people and help them register.

I shit you not. I wrote back:

You will want to have people register much earlier - we'll more than likely be full by that date.

Two informational sessions to prepare for one half-day event - which includes an informational session? Wow, you must be burning with brilliance to have to do that much prep! Seriously, it's a gathering at the state capitol. Not a rocket launch. And letting people know the day before? How exactly do you manage to tie your shoes in the morning? 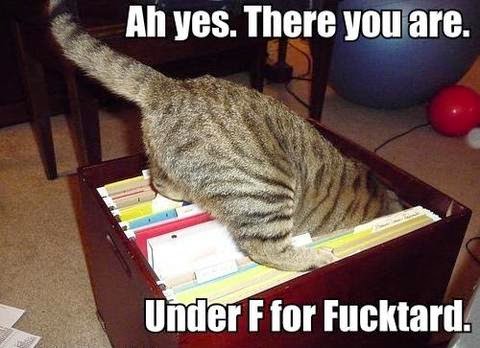 This person wrote back:

Oh, we're having that event to inform people who don't know about the organization, and get them registered.

Brilliance strikes again! Rather than rally our current members, somehow you plan to attract complete strangers and sign them up for our event. That is quite clever. Why don't we just invite another advocacy group and make appointments for them to argue their cause?

Then there is the lobbyist who hasn't been a member for eight years who registered.

Loud thought: Seriously? Isn't that your fucking job, to meet with legislators? You get paid for that already, right? So you shouldn't have to sign up to have a nonprofit do it for you?

Dear so-and-so, thank you for your interest in our event. To complete your registration, we'll need you to renew your membership, which lapsed in 2007. Thanks!

Sometimes I don't know how I zip my lips. Luckily I have you all to vent to.