This is going to be a raw post, because the mood here in and around Portland is raw. Bear with me. I have to get this out.

How are you? has become a loaded question. No one here is asking, How was your weekend? Because I live near, and work in, a city where senseless hate claimed two lives and impacted so many others last Friday.

It's not OK. We're not OK. And it feels personal when it happens where you live.

I rarely get angry, but I am angry. Sad, raw, and angry. It takes the White House until Monday morning, and being nagged on social media by a member of Congress and Dan Rather, to respond and say this is wrong? Any previous president in the past couple of decades would be here, meeting with the families and the survivor, calling for unity and condemning the hatred and violence. 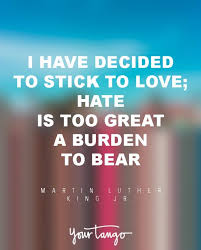 Not this one. This one had to be badgered into condemning senseless hatred and violence, and even then, didn't respond personally, but did it in a staff account on Twitter.

This one and his ilk bear responsibility for inciting the hatred and violence that has become a pattern, that has emboldened those want to live in the America of 100 years ago.

What is heartening is the fact that I believe most of us don't want that. We may disagree politically, but most Americans are, I feel, reasonable. We don't think it's OK to shout racial or religious slurs at teenage girls on the train. We don't think it's OK for people to be afraid just because of the color of their skin, how they choose to worship, or who they choose to love.

Some people chimed in immediately, saying this guy must be mentally ill. As someone who lives with major depressive disorder and some other things, I can tell you that the overwhelming majority of the time, people living with mental illness are more likely to be crime victims, not perpetrators.

I saw a great headline from a column: "Racism is not a mental illness."

So maybe, as John Lennon says, "Love is the answer."

I say, love and resist.

I do not have a fix for you!

I've been waiting to do another good rant, and here I go!

As some of you know, I'm in charge of a several-thousand person event this month. I love my job. I love being paid to agitate at work, and since I work in mental health advocacy, it is a very scary time right now. People are worried that they won't have coverage or won't be able to afford it...don't get me started.

Anyhow. I do some policy work as well, but the event I am in charge of is the largest mental health event in the region of the country where I live. Our organization is leading the fight to protect coverage and this is a civil rights issue. However, I do not want to be leading the charge to be the IT-person-in-chief for all of the people who try to sign up for this event.

Bloody hell, people!!! One woman has emailed me literally 20 times, and called two of our organization's offices, trying to fix things on her team page, including her own name, which she misspelled when she signed up. Lady...I do not have a fix for you.

I have gotten texts about event shirts on weekend nights. I have had my name incorrectly listed in a news article as person who signs people up for this event (I don't - see the part about how we have thousands of people?)

But my favorite email came from someone who asked me for help planning a mental health event to be held on the same day as our event. "It would be great if people from your organization could be there," she wrote.

Every previous person who had this position and ONLY did events and fundraising had an assistant. For better or for worse, I have OCD tendencies (yes, that is the official diagnosis), which makes me extremely organized.

My boss: "You are organized enough that you don't need an assistant." 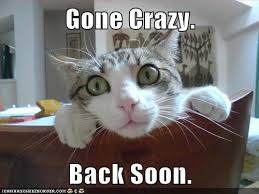