I knew that title would pique your interest. As it happens (unfortunately), we only saw this store as we were driving out of Vancouver, BC. 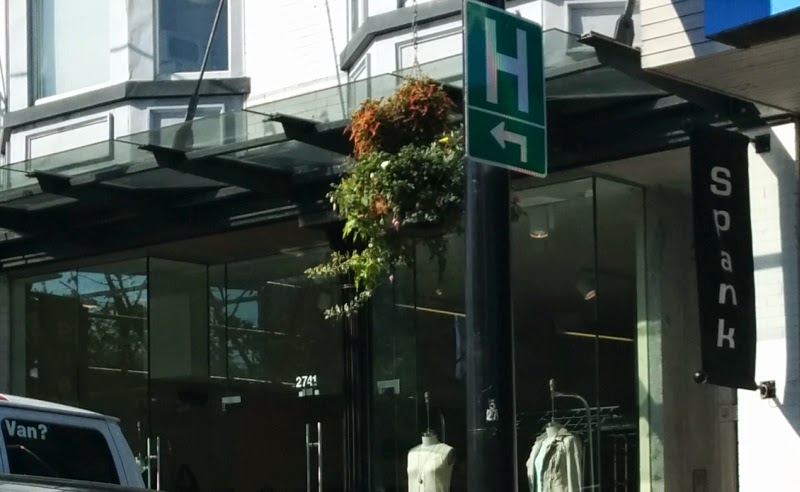 Anyhow! We had a great, short trip. I would have liked to stay another day or two, but I suppose it's better to go home while you are still having a good time. Here is the view from our room.The hotel itself has - and I swear I didn't know this when we booked! - a cat story. And given the bullshit cat stories that seem to be floating around the interwebs this week, I was happy to find a real one. 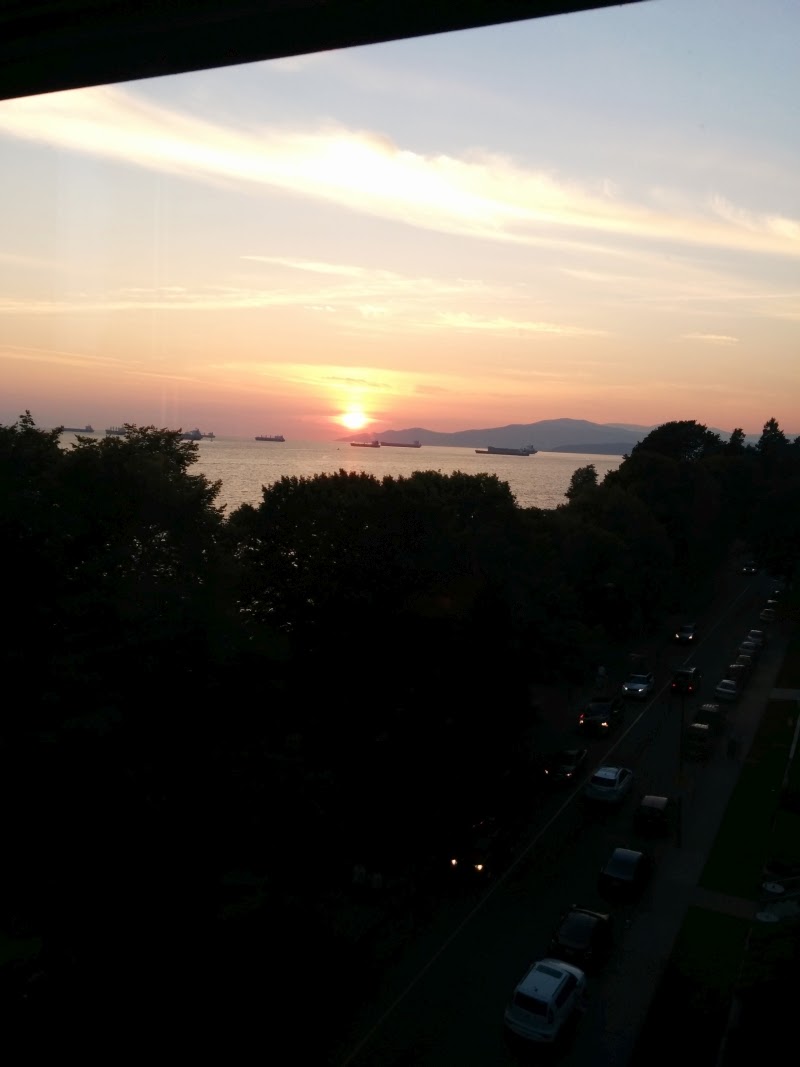 I got to see my cousin, who is working on a doctoral thesis on Shakespeare (!) She has been living there for several years, and I'm kind of envious.

Speaking of envious, no matter what kind of sophisticated camera equipment Mr. RK has, I still take better flower pics than he does. 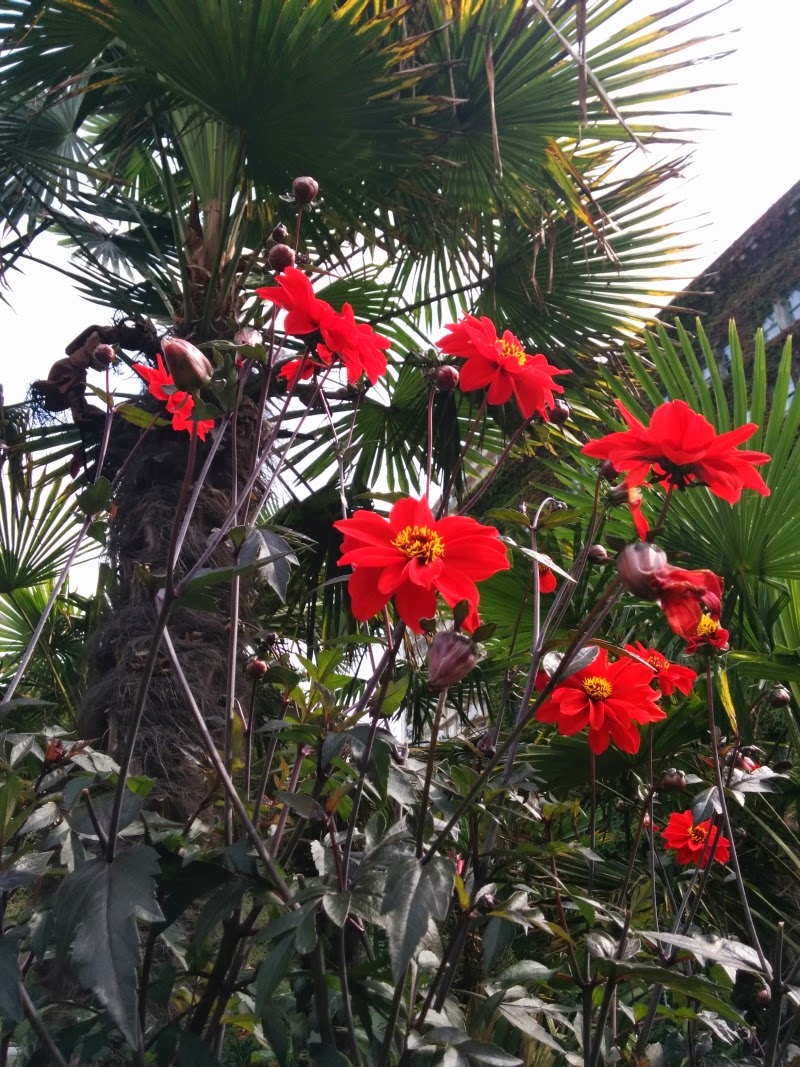 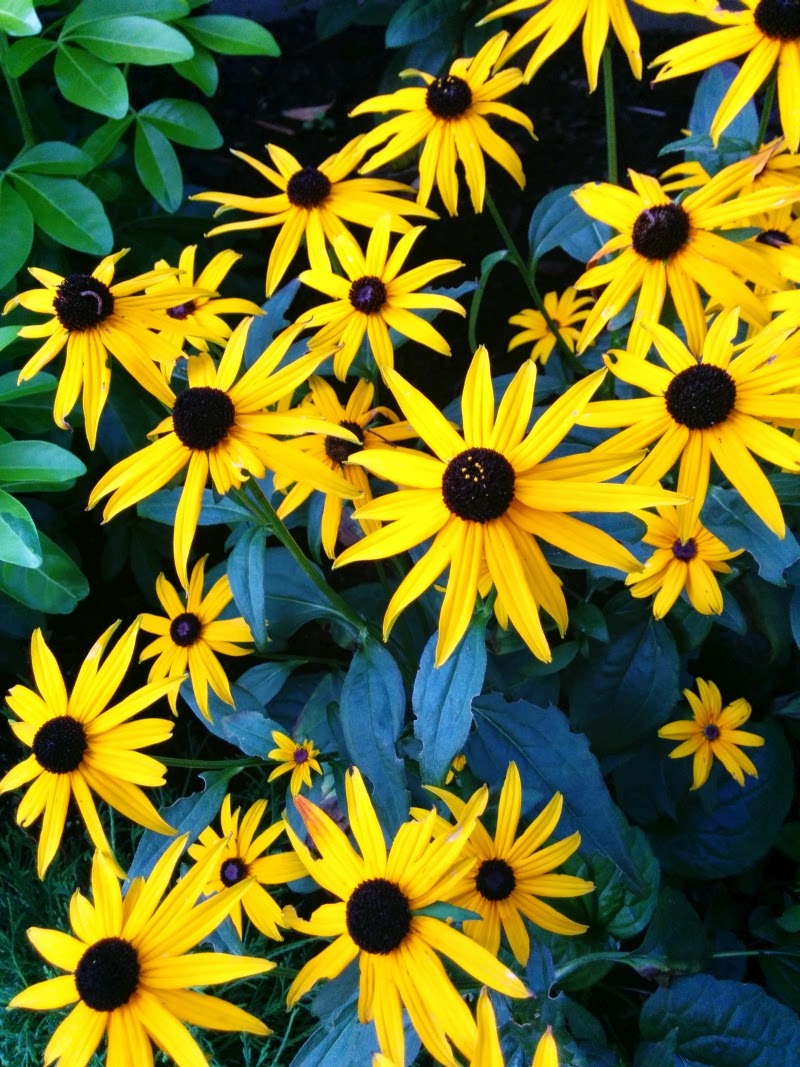 And speaking of spankings, we went to a Dr. Who-themed pub in Portland the night before we left, to watch the new Dr. Who. Fantastic! No humans or aliens were spanked in this picture, although it may appear that way. 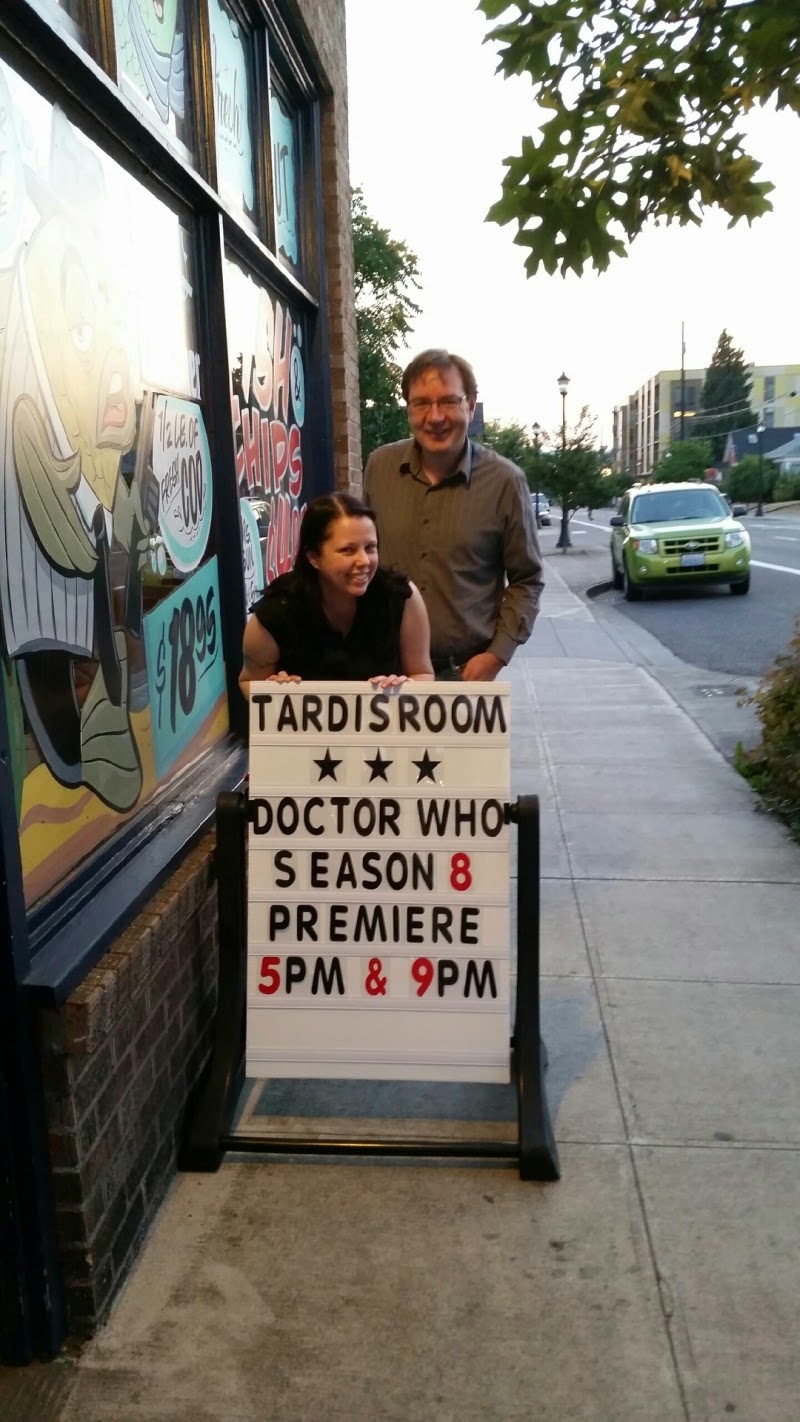 I'll be offline for a few days, as we're going to Vancouver, BC to celebrate 10 years of RK and Mr. RK. Plus it's my birthday while we're gone. 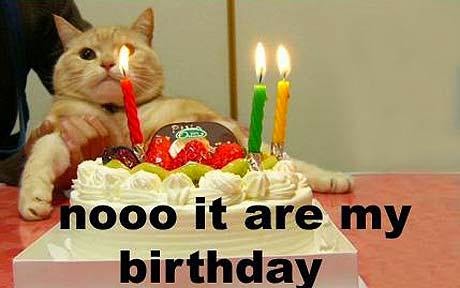 This lolcat is the favorite of my lovely friend Claire, who just got married! Congratulations, darling! You can head to her blog to check out pictures.

Meanwhile, I'm sure I'll have plenty of bumper sticker ideas for you all after two five-hour drives...

In previous posts, we developed the response, "Are you a grownup?" for un-grownup behavior. (Yes, I just made up a word.) In this post, we create shortcuts.

Who doesn't like a shortcut? Shortcuts save time, which we never seem to have enough of.

Case in point: I am crawling through my drive home. The truck two cars ahead of me is plastered in hateful stickers, and then one that from a distance looks like this:

Which puzzled the hell out of me. Up close, however, it actually looked like this:

Shortcut: Get one bumper sticker that says "I AM AN ASSHOLE." That'll save space, and get your point across much faster.

Case in point #2: The woman who has three kids receiving state insurance, and only gets a renewal letter for one of them. Instead of calling and inquiring about the other two, she calls us and makes an appointment to discuss it. Then she is a no call, no show. A week later she calls again.

Shortcut: Fess up that you are a crappy parent who probably shouldn't have reproduced in the first place! I may be progressive, but I'm not an idiot. I believe in personal responsibility.

Case in point #3: The car repair place calls, trying to reach my boss, who is on vacation, at least a week after his vehicle has been in for transmission repair. They tell us to please let him know that they forgot to replace a gasket, so things could, uh, leak. 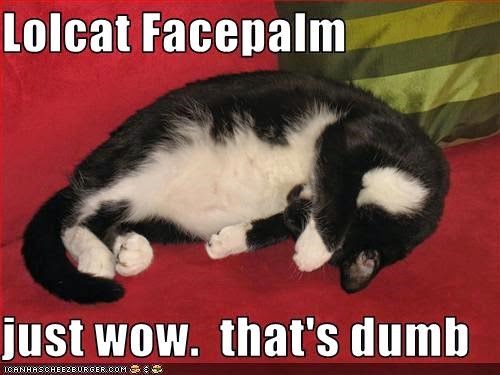 Shortcut: Call and say (MUCH EARLIER), "We fucked up! Get your car the fuck over here or there will be big trouble!"

Because come on, people. You don't need to waste my time.
Posted by Riot Kitty at 9:31 PM 16 comments:

"There is always hope"

I felt a bit foolish for being so crushed by the death of Robin Williams - then, texting some friends who are part of the special club (the 1 in 17 of us who live with mental illness that is enough of a pain in the ass that it "interferes with our daily lives"), I realized I wasn't alone.

Because we have been there, gazing over the edge into the abyss, and so far, we haven't been pushed over it - or jumped. To lose one of our own - one who seemed to be able to accomplish anything - well, it stings beyond belief.

A friend who lives with bipolar disorder summed it up well.

"Sometimes," she said, "it takes constant, pure will not to give in." 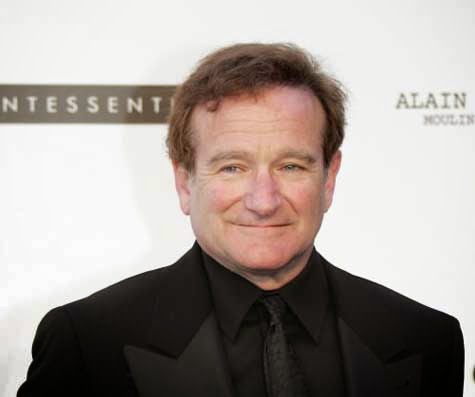 Robins lived with mental illness, and he was vocal about destigmatizing - ending the discrimination that surrounds - it. He joined a movement called "Mad Pride" (e.g., pride in being "mad"), and got involved with fellow actor Joe Pantoliano's nonprofit, NKM2, which seeks to "stomp the stigma" of mental illness.

We saw him perform in a small venue a few years ago in San Francisco. He was amazing, and amazingly human.

My younger brother N took my even younger brother B to see him a bit after that - B was 15 or 16 - and Williams looked out into the crowd and joked that he had better watch it with the language, "Because there's a little boy in the crowd!" (He didn't watch the language. But he did meet B, and was very gracious.)

I have been in that place, as have some of you. That place where you think nothing, nothing, can be worse or more painful than being alive. Picture your worst despair, multiply it by 1,000, and feel in your gut that nothing will ever get better, and you may get a glimpse of what it's like.

Despite public discourse, despite public awareness campaigns, the fear of having the discussion is there. And it is very real, and very lonely. If Williams, with all of his courage and all of his resources, was taken by mental illness, what chance to many of the rest of us have? If we don't make this an accepted topic of public discussion...not much of one.

I wish I could tell everyone who ends up in that place that, as Williams once said in an interview, there is hope.

That there is always hope.

No matter how dark it is, it gets better. I promise.

In the meantime, let's talk. Let's start the conversation. Let's come out of the darkness.
Posted by Riot Kitty at 10:45 PM 25 comments: 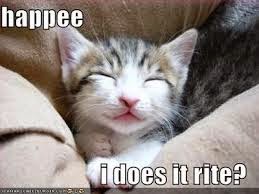 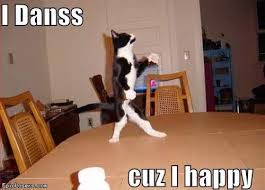