At least, my buddy Charles at Razored Zen said so. So it must be true. 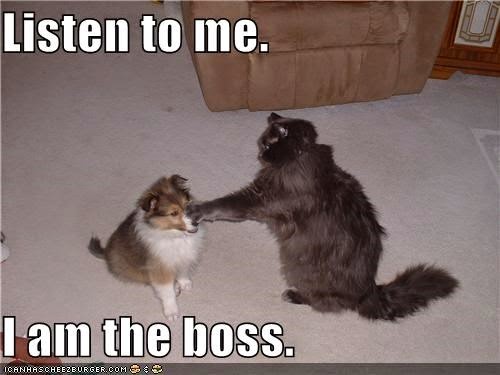 I just liked typing that as a post title, and it was also more G-rated than "an afternoon of cocks," which is the title that was zipping through my head. Let me explain.

My friend L and I went to the Chinese Garden in Portland last Saturday because I had passes to get in free. It's a rather beautiful place tucked into a rather sad neighborhood - lots of people sleeping on streets. Since it was an unexpectedly nice day (read: it did not rain for a couple of hours), we walked a couple of miles from her house and strolled through some neighborhoods I had only driven through before.

Note to self: do this more often. This is what you do when you're on vacation out of town - exploring neighborhoods and people watching, finding new cafes.

Anyhow, along the way we found an art gallery called "Cock Gallery." It was moving (the owner said he was moving to an "art monastery" - I've never heard of one, so if anyone else has, please enlighten me) and thus there was a moving sale. By the time we had arrived most of the art was gone (and I'm really sorry to have missed it, given the gallery's name), but there were housewares and other odds and ends for sale. 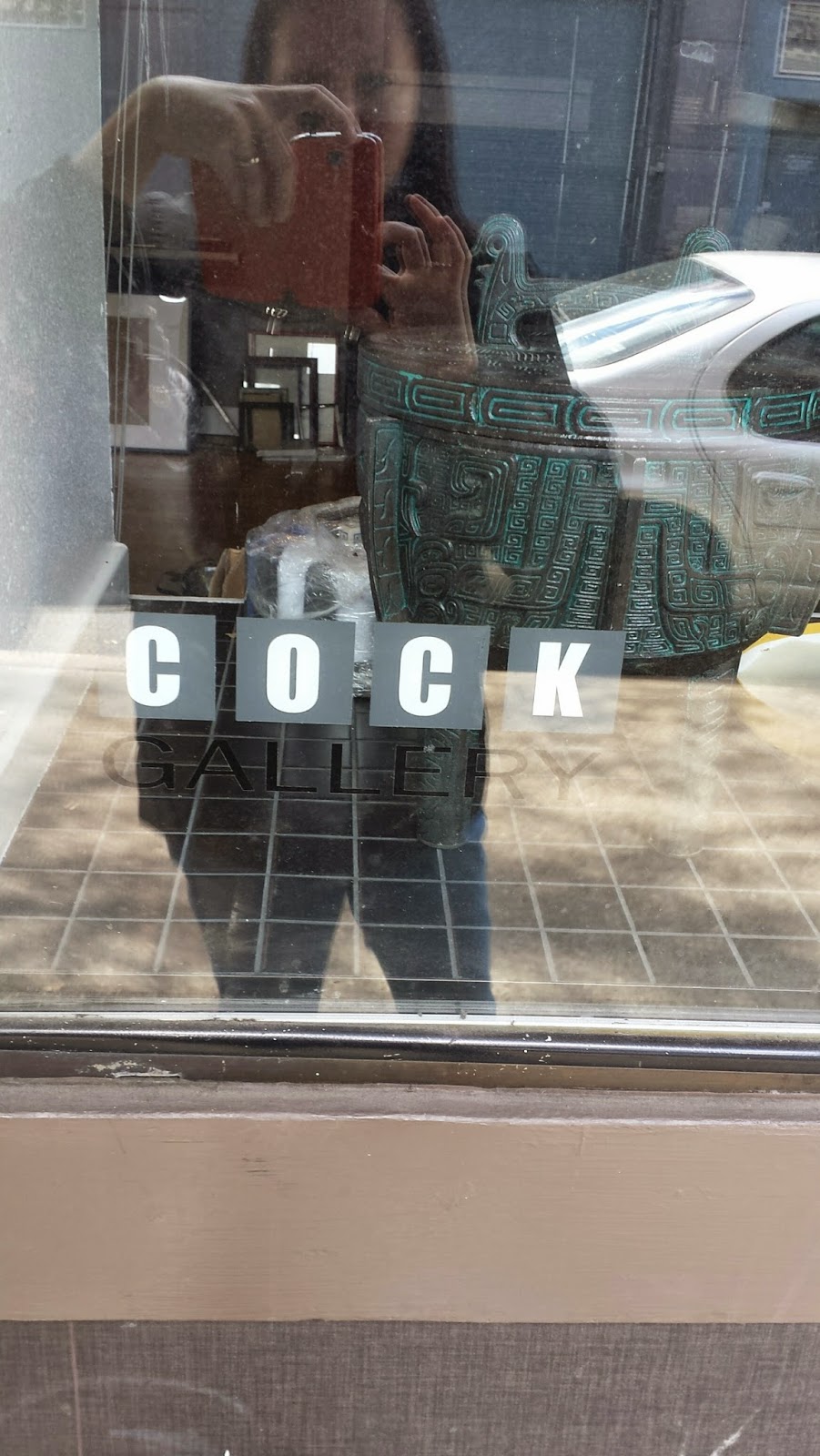 She bought a few non-naughty kitchen items, and as we were walking out, she said, "I almost bought that glittery purse for my daughter."

I have a picture to prove it, so there.

Then on the way back from the Chinese Garden, we stopped and had a late lunch at this restaurant. In Italian, it means the Black Rooster.

So naturally, since we are really both in the fourth grade, we laughed and laughed about having an afternoon full of cocks.
Posted by Riot Kitty at 10:04 PM 13 comments:

No matter how you get your grump on...

...there will always be something to make you laugh.

I know this to be true. In the past week, my grandfather had a major stroke, my poor brother got sick here for half of his vacation, and I've been dealing with the usual dumbfucks (who email me at work knowing I'm on vacation too.) My grandmother on the opposite side of the family has been having mental health problems and that's the side that won't discuss mental illness, so I don't know what the fuck is going on.

One of my aunts even said, "I wish she was more normal, for all of our sakes." Right...she chooses to have severe bipolar disorder and it's a bag of giggles. I wonder what my aunt thinks of me?

Then I think in addition to dairy (I love cheese and basically can't eat it) being an inflammatory, wheat probably is as well, I'm finding (I also love everything made of whole wheat.) Why can't I have, say, inflammation from some food I can't stand, like beets or brussel sprouts?

Grump, grump, grump. Thank you, Elephant's Child, for listening to me grump with my thumbs today! 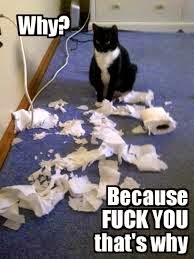 But then Mr. RK snapped this unwittingly funny picture on a bike trip today, and I howled: 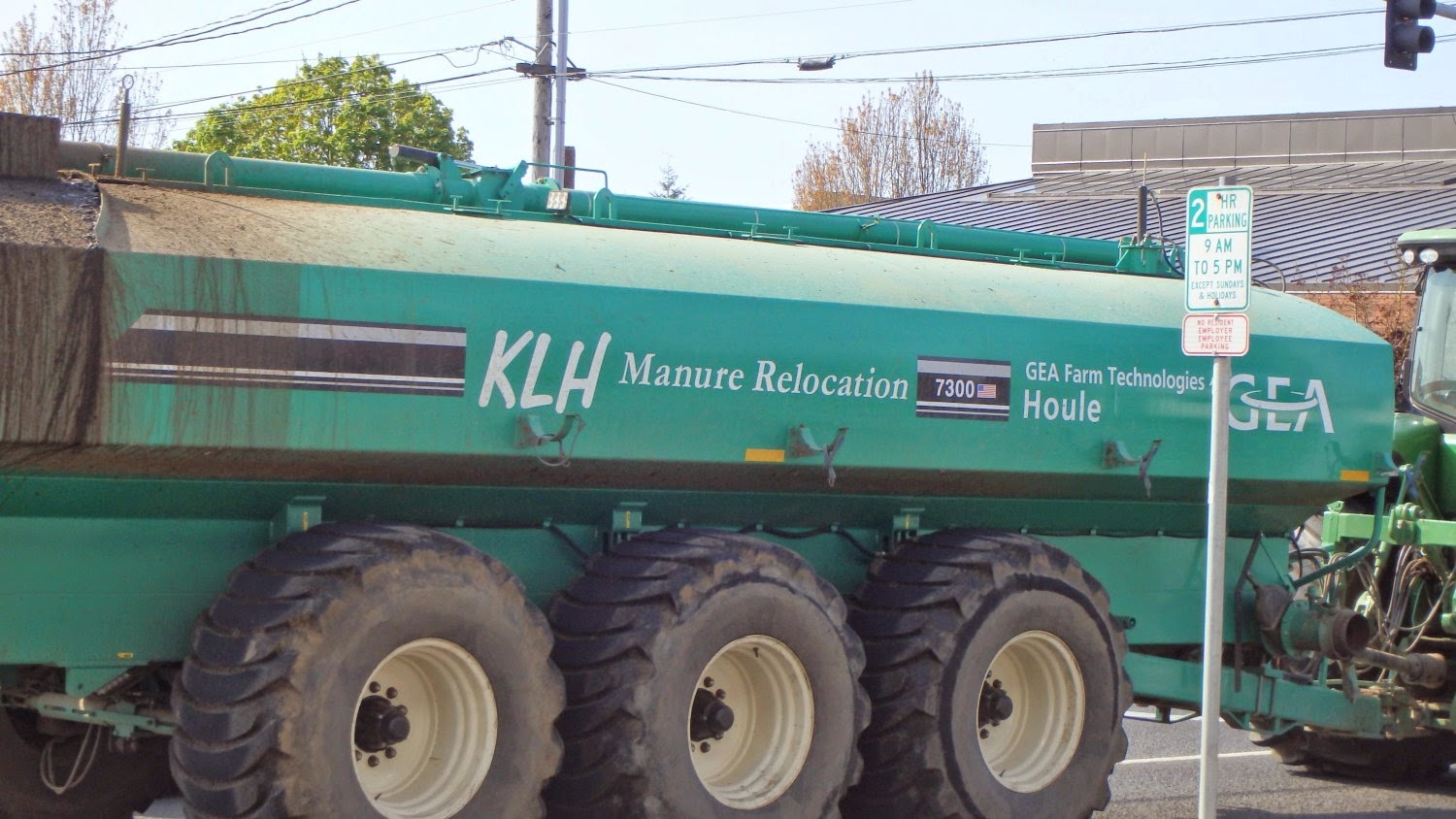 Why is this so funny?

Because my ex's name is on this truck, which was literally moving shit from one place to another.

So apt. I invite one and all to photoshop this picture and add your own ex's name to the shit mover.

So you see, no matter how hard you get your grump on, there's always a laugh out there. You might not even have to look for it. You might even find it here!
Posted by Riot Kitty at 10:09 PM 15 comments:

One of my events was today. It was great, mainly because the keynote was the best I've ever had, but as you know, all greatness in my world must be preceded by bunches of stupid.

And I find myself wanting to bonk my head on my desk and ask, "Is it just me?"

Here's a snippet of this event's nonsense.

Question #1
From a past-the-deadline RSVP, a few days before the event: "Do we know who the speaker is yet?"

No. I thought I'd just pull someone from the audience to volunteer. 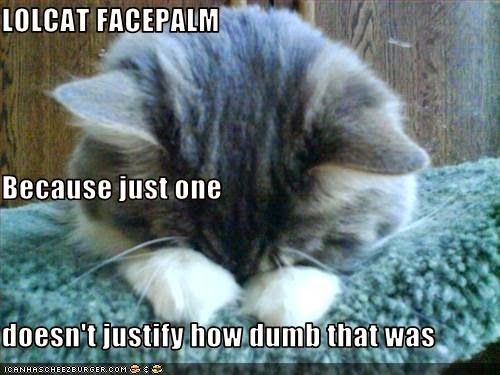 Question #2
Asked today at my event, about an upcoming event: "Why don't you bring wheelchairs to the event, like in case my parents get tired and want to be pushed around?"

Right - we're not a nonprofit group, we're a hospital supply company for lazy people. For that matter, why don't we bring volunteers to push them? 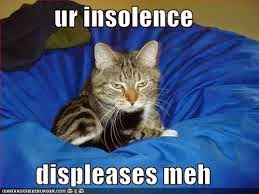 Act of rudeness
My volunteer's mom gave him a ride to the event. When they showed up half an hour late, the job he was scheduled for was already done. I explained this and asked if something had come up. Her reply: "I had to take my morning walk."

I'd have been more sympathetic if you had told me you had to take your morning shit.

Act of complete cluelessness
A question from someone who showed up with no RSVP: "Where is the table of company X? I wanted to sit close to that table."

It's good to want things. It's also good to pull your head out of your ass once in awhile. 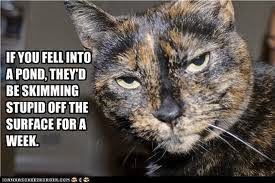 I feel bad now, as several of you have been in touch to see if I was ok! I'm ok. Things have just been 1. hectic and 2. I've been uninspired to write. I will visit blogs ASAP! Starting with this one.

As usual, there has been no shortage of idiocy to observe. 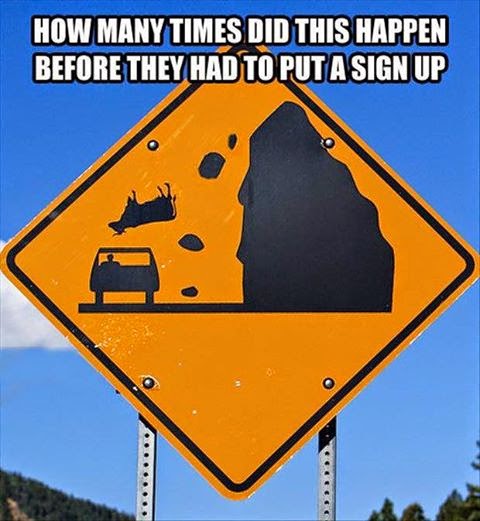 To wit, I had coffee last week with a colleague who works for a LGBTQ rights organization. She is moving onto another gig, but said her life's wish was to see a dramatic reading of some of the more absurd hate mail they get. Including a letter from an older lady who accused "you" - the organization, or the LGBTQ community, we're not sure which - of "stealing" the word gay.

"I used to be able to read children's books with that word in it to my children, but now you have stolen it and I can't read them to my grandchildren!" Good God. I'd hate to be gay in that family.

The same twit also accused "you" - get this - of stealing the rainbow. I could not make this up - I'm simply not that creative.

"I wanted to crochet a blanket with rainbow zebras on it for my grandchild, and now I can't, because you've stolen that, too!" Yes, damn it, that rainbow is copyrighted!

More idiocy - and I can rant about this now, since it's been a few days and my anxiety is no longer through the roof about it - from the resident filling in for my doctor, who is on vacation.

Mind you, she has seen my chart, which says "Major Depressive Disorder." Not "occasionally, patient feels a bit sad." I kiss my toes that I have a medication that helps with minimal side effects. I've been taking it since she was probably about eight years old.

Guess who suggested I taper off and then quit cold turkey? I tell her when I have done that in the past, I quickly get the urge to bump myself off. 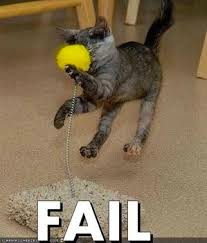 Guess what genius suggests I take vitamin D shots because a vitamin D deficiency could be making me "sad"? And tells me to let her know when I want to taper off?

Fuck me, that pissed me off. Guess whose supervising doctor got a call from Riot Kitty, who dropped the name of the mental health nonprofit she works for?

I asked my friend from the LGBTQ organization (she also happens to be queer) how that movement has made so much social progress in a relatively short (way too long, I know) time period in history. She said there was a parallel between our movements, which also overlap quite a bit.

"Basically, we asked people to be brave - to come out and tell their stories - when it could get them fired, or they could face discrimination from their own families," she said. "But it made people realize that we were people, not just 'gays.' We had people challenge their own prejudices by opening up the conversation."

We have to do the same for mental illness. So give me my fucking happy pills, please, because the show must go on.