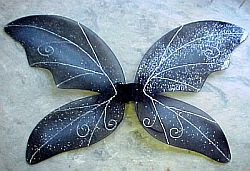 OK, if you didn't get the Dire Straits reference...well, I just pointed it out for you.

Lots of my blogger buddies have posted about what they're thankful for (or not - see Darth's Thanksgiving post!) and yes, although I know the roots of this week's holiday are at odds with my Apache ancestry, I take what has evolved into Thanksgiving at face value. It doesn't hurt to count our blessings now and then.

Awhile back, I wanted to blog about Pheromone Girl but I was too embarrassed - and then she wrote this wonderfully sweet blog about me, and I got more embarrassed.

But I have to say, out of all of the people, places and things who have come into my life recently, I'm most thankful for her.

Here is a person who I met completely by accident - aha! Eastern philosophy says there are no accidents, and this is proof.

She is like the older sister I never had - someone who always listens to my rants, someone who I know would be there at 2 a.m. if I locked myself out of my car, etc.

I don't know that I have met anyone as strong as her. Despite all of the challenges she's gone through - some of them atrociously unfair - and is still going through, she just plows forward with a lack of self-pity and determination that I admire so much.

After the dust settles, I am confident that she will find the love and great job that she deserves, and in the meantime, come on, universe! She's earned her wings.

So if all of you would send a little good vibe out for her, collectively, it can't hurt, right?
Posted by Riot Kitty at 2:01 PM 6 comments:

Scarlet has the most interesting posts - her latest one was about random acts of kindness. (You should also check out her post asking about what Jesus means to everyone.)

This is what I wrote in response to her random acts blog:

Do I believe in random acts of kindness? Yes. I've been the recipient and the donor...I suppose it's all karma.

Probably the one that stands out most in my mind is an "act" that happened my freshman year in college. It was the only year I lived in a dorm, and my roommate and I were about to go out - walking it, of course, because we were in NYC and didn't have cars - and as soon as we stepped outside it started pouring. An unexpected cloudburst!

We stood there for a few seconds debating what to do, and I kid you not, two people who also lived in the dorm that we had never met were coming back in. And they said, "Hey, do you want our umbrellas?" And they handed them to us and ran off.

I never saw either of them again, and I sometimes wonder if they were angels.

A couple of my own random acts have happened in cafes.

Both times I felt compelled to secretly pay for the check of a person who was by himself; one was a happy-looking young guy in his 20s, writing music, in a cafe in the West Village in New York. The other was an older, lonelier looking man in a cafe in North Beach in San Francisco.
Posted by Riot Kitty at 9:31 PM 6 comments:

I mailed a package to my parents Saturday. Because of the 13-ounce rule - if a package weighs more than 13 ounces, you must hand it to a retail clerk or, well, the post office will eat it or blow it up or something - I handed the package to a clerk after paying for postage at a machine.

Just a note for the future, she says - the 13-ounce rule only applies to stamped mail.

Versus mail with a "postage paid" label.

So please do tell me: was this rule put into place because the Unabomber was more likely to use stamps? Does this help make us safer from, say, getting our fingers stuck in the mailbox?

PS And no, the image has nothing to do with this post...I just thought it was appropriate.
Posted by Riot Kitty at 5:32 PM 5 comments: 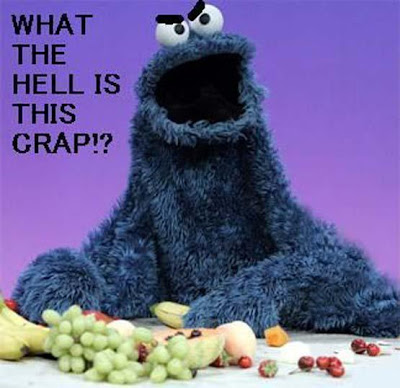 It probably goes without saying that when I took a business trip to North Carolina last month, the idea of vegetarian food was met with expressions like this :)

I don't like meat. I don't expect other people to become vegetarians, so I don't like getting harassed about what I do or do not eat.

I've found that vegans in particular are a rambunctious group when it comes to food. I don't do much dairy, but I like scrambled eggs and cheese enchiladas (not together.) I don't think I'm abusing bees if I eat honey.

So here's my modest proposal: I think we should all channel this energy and feelings we have about food into figuring out how to feed people who don't have enough of it.
In line at the grocery store tonight, I was presented with a sign that said $2 could feed a family of three people for a day in my county.

How is this possible? I can't imagine feeding myself on $2 a day, let alone any other people.

Any suggestions?
Posted by Riot Kitty at 5:25 PM 6 comments:

Art in a hurry! 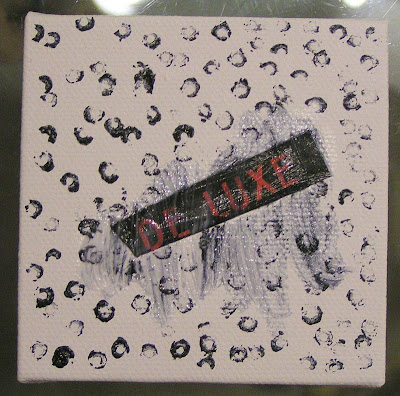 I thought I'd been asked out at the most inappropriate venue, but then I read Scarlet's post about getting asked out at her grandfather's funeral!

My own story was ridiculous enough - at the memorial service for a beloved professor and mentor, when I was a senior in college, I got chatted up by another professor - who was also, mind you, more than twice my age.

Dumbstruck with grief, the tears still wet on my face, I didn't realize he was hitting on me until after he had walked away, leaving me with his business card!

Then I read Scarlet's story...Then one of our volunteers at work yesterday said, "This guy started chatting me up in the garbage area at my apartment complex."

Neither of us could stop laughing. I mean, what kind of pick-up line does someone use at the garbage area? Come here often? What's in your bag? Imagine meeting someone like you at a place like this!

The saga continued...I told Mr. Riot Kitty about all of these stories, and it turns out he had the best one of all...but I'll let him share that one.

So here's the Tuesday challenge, people: where is the most inappropriate place you've been hit on?
Posted by Riot Kitty at 10:09 AM 11 comments:

What it means to me.

The first time I voted, a couple of months after I turned 18 and had just moved to New York for college, nearly everyone I voted for lost. Cuomo got knocked out by Pataki, W became governor of Texas, Newt Gingrich became speaker of the house, the "Republican Revolution" kicked into high gear.

The one candidate that I voted for that won - the city comptroller - was hardly a comfort!

"I'm so depressed," I told my dad the day after the election.

Since then I have voted in every election - including the primaries.

I've been a political kid since birth. Having read lots of books on various civil rights movements in this country, I have never understood why anyone sits on their ass when people have died for this right.

If you don't vote, I have always told people, you shouldn't complain about what you get.

I was thrilled that Clinton won in 1996, when we had the specter of Pat Buchanan winning the New Hampshire primary, of Bob Dole taking money from cigarette companies and minimizing the dangers of smoking by saying, "Some people think milk is bad for you." (Yes, the dairy farmers *loved* that one.)

We were young then - we thought Rush Limbaugh and Newt were as bad as it would get.

This was before Clinton became corporate Clinton, before two presidential elections were stolen, before the gutting of the Constitution and eight years of international embarrassment.

"You can literally make yourself crazy, thinking about it too much," a friend commented.

The day before the election, the same friend, who describes herself as a "radical feminist Christian," said, "No matter what we get tomorrow, it'll be better than what we have now."

I knew intellectually that Barack Obama would win; all of the data pointed to the fact that Americans always blame the sitting president for the economy. This fallout, clearly, is the result of the "me first" attitude of deregulation.

We're losing our jobs, our homes.

Sarah Palin drove the final nails in the coffin. (Yes, my dear, Africa is a continent.)

People have been, in short, fed up.

But some part of me, deep down, worried that another election would be stolen. Or hidden racism would take over the polls.

I was prepared to be thrilled at an Obama win.

I was unprepared for the "I have to pinch myself" elation.

As my husband and I sat perched on the edges of our armchairs in the living room, listening to Obama's speech, tears streamed down my face.

My whole life I have had other people try to tell me who I am.

Not "Indian" (Indians are from India, thank you, I am Apache) enough.

Not a "real" minority.

I have had people make nasty racial comments not knowing that I was what used to be referred to as a "mixed breed," "half-breed."

"Oh, sorry, I didn't know," they've said when I have indignantly pointed it out.

Does that make you change your mind?

Less than forty years ago, a segregationist bastard took 25 percent of the popular vote for president, and today, we have a progressive, a reformer (I hope), a person who is unafraid to say that he will appoint judges who sympathize with people who have disabilities.

Palin mocked that one, too, despite the fact that she has a baby with a disability.

Since when did it become unpopular to sympathize with the downtrodden?

I think Reagan took care of that. 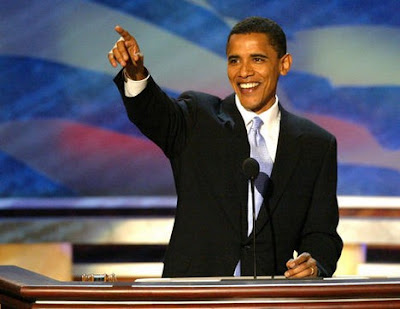 As a progressive, a minority, a mixed-race person, a female, an American - I AM SO PROUD! I AM SO HAPPY!

I AM NO LONGER EMBARRASSED BY MY GOVERNMENT!

How low can you go? 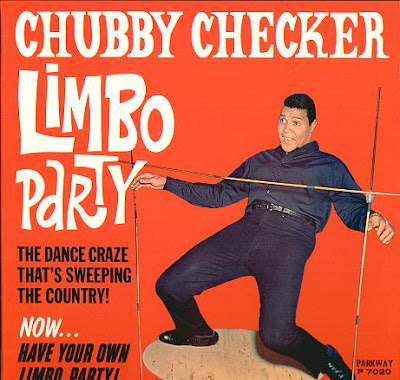 When I was pissed off at a little jerky boy in sixth grade, one of my bike-to-school buddies, Renee, came up with this one:

"Tell him he's so low, he could limbo under a pregnant ant."

Sarah Palin's reached that point, in my book. She has been so mean, so inflammatory, and behaved so despicably in this campaign it just makes me want to spit. How can you in good conscience say someone is "palling around with terrorists"?

And how can you, as the parent of a child with a disability, mock a candidate because he said he wants to appoint judges who "sympathize with the disabled"?

So nasty. So unnecessary. So juvenile!

It reminds me of what my parents said about bullies when I was in grade school: "They can't think of anything good about themselves, so they have to insult others."