What makes a climactic event? 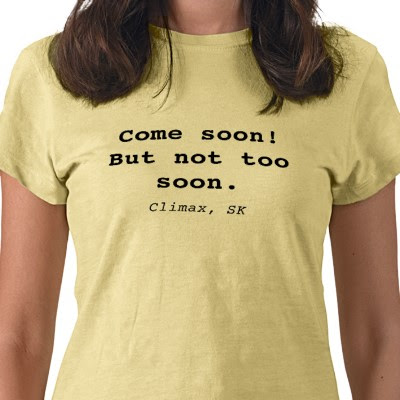 A well-meaning (I assume) but pain-in-the-ass (often) volunteer at my work said in a meeting the other day that the end of one of our events was "a little anti-climactic."

Mind you, there were balloons, there was music, there was ice cream, there were people clapping and giving out hi-fives, and 2,000 people finishing the event with smiles on their faces.

So another volunteer and I were thinking next year's event could be really climactic for her.

PS I don't know about you, but I totally want this shirt! Who knew Canadians could be naughty?
Posted by Riot Kitty at 11:34 PM 18 comments: 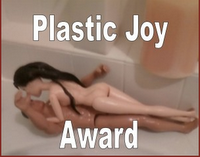 Now, now, before you get the wrong idea - thanks to Joey, I have received the Plastic Joy Award.

Yes, it still has to do with sex, just not with toys!

Anyhow...to take it verbatim from Joe:

In my award acceptance speech I have to name 5 people I'd like to get jiggy with if I could, and apparently, my partner won't get mad and kill me with a shot gun.

My first thought: only five? So here goes - and because these are fantasies anyhow, I included a few "if they were still alive and hot" examples. Let's say to make any of these happen, it would involve me becoming famous, life after death, reverse aging in one case...and Mr. RK would have suddenly decided he was gay.

BTW, Mr. RK said while I was writing this post, "You embody the characteristics of silliness." I tried to tag him but he declined. "I think the only way I'd be offended is if you picked Kenny Rogers," he said.

I happen to know he lusted after Martha Quinn, but anyhow.

1. Samuel West. A British actor who is the son of actors Prunella Scales (Fawlty Towers) and Timothy West. What can I say, he's hot!

2. Cary Grant. I don't care whether or not he shopped on my side of the street - he had class and elegance. 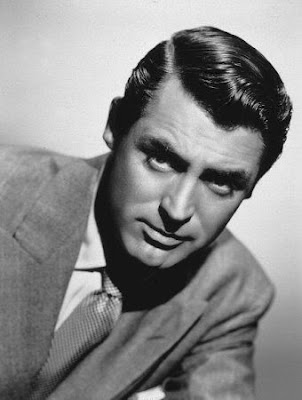 3. Russell Brand.
Don't ask me why - the hairy chest and British accent just do it for me!

4. Paul McCartney.
When he was younger and hotter. 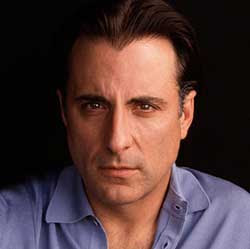 Now, I can't remember who has been tagged, who doesn't like being tagged, and what not, so please do this meme if you are so inclined! I'm curious about your answers.
Posted by Riot Kitty at 4:26 PM 19 comments: 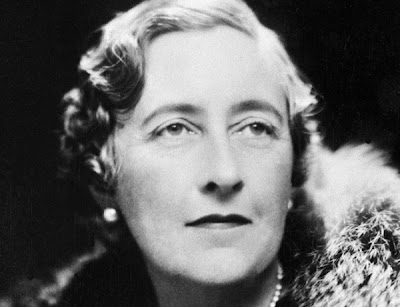 "Writing a detective story seems quite difficult. I don't think you could do it."
- Madge Watts, in a letter to her younger sister, Agatha Christie

Have you ever become determined to succeed at something because someone told you that you weren't capable of it?

I don't know why anyone is cruel enough to tell someone else, "You'll never...", but there you are. I have taken great satisfaction in accomplishing things that I was told I could not.

Among other things, these include...

1. Finding an apartment (three, actually) in NYC.
2. Getting hired as a reporter.
3. Meeting people (more than one) who would love me for who I really am.

I think all of the important things I have learned in my life have come from my dad (that, and when I wouldn't listen, by banging my head against brick walls.)

I'm going to illustrate this with pictures from our trip, which he generously provided.

Some of the things I've learned from him...

Take time to enjoy simple moments of beauty. You might find it where you least expect it. I found this delightful flower box in the middle of Manhattan. 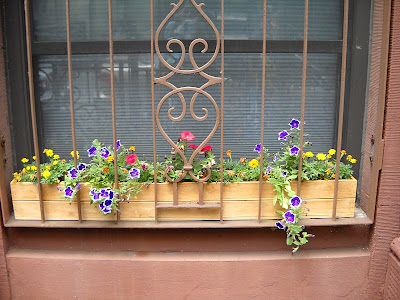 Family is who you choose to love, not necessarily who you are related to by blood. Blake and I have so much in common (including a love of naps, that the lack of similar DNA is unimportant. 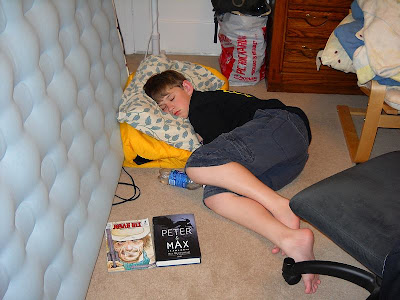 Art is important, and all around us. 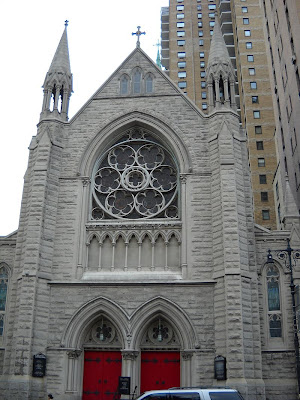 The wilderness is a good place to travel through between cities. 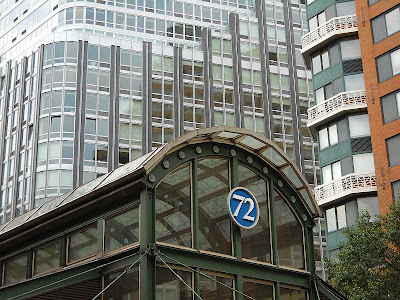 Life isn't fair, and at times you must have nerves of steel. 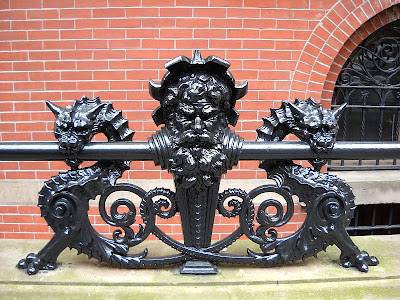 But for those times, family is a phone call away - and dessert is a spoonful away! 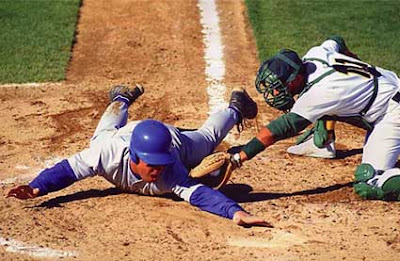 Thanks so much for all of you who have sent prayers and thoughts for my friends - another volunteer friend from work tracked him down and he is in the hospital, finally getting the care he needs.

I am going to visit him this week.

Running out to meet a friend, but I will have NYC pics soon. 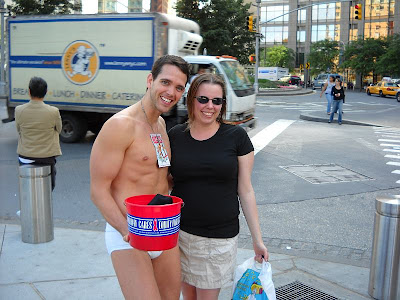 I have been trying to motivate myself to write about the trip, but with the news that a buddy who volunteers at my work has gone missing after a severe episode with depression, I am just not focused right now. This has, obviously, been very upsetting for those of us who consider him our friend.

So please send him your good thoughts - I left him a message and his phone is still on, which is a good sign.

In the meantime, so it's not all doom and gloom, here is the photo I wrote about! (Please ignore the hair that wilted in the New York humidity. I'm sure I would have appreciated it more had I been a mosquito.)
Posted by Riot Kitty at 6:55 PM 16 comments:

I have about 90 minutes before the car gets here to take us to JFK, so I thought I'd respond to Senorita's tag. The meme: 7 things you don't already know about me. Where to begin?

1. My nightmare is being in a room full of people I don't know - it's why I rarely go to parties or even dinner parties. The exception to this is if the room is at an event I'm putting on for work. Then, I'm in work mode, and it's no problem.

2. I can say, "Shut up!" in four different languages, including Hebrew.

3. I often dream in Spanish, and have done so since I became fluent in that language.

4. My favorite foods: Thai noodles, homemade pasta, cheese enchiladas, and raw vegetables. Mr. RK tells me that I am really a secret viral marketer for the organic vegetable industry.

5. The traits I dislike most in other people: being uptight, being close-minded, being rude in social situations (e.g. putting your grocery cart across the entire aisle), and dishonesty. I'd rather that someone be a complete asshole and be honest as opposed to being fakey nice. I also detest bullies, including emotional ones. I think most of them are cowards underneath.

6. I love taking photographs of anything superbly colorful, which is why I take lots of pictures of flowers.

7. I always need to live by a large body of water. Otherwise I feel claustrophobic and trapped.

I invite anyone who hasn't been tagged already to participate in this meme :)
Posted by Riot Kitty at 9:25 AM 14 comments:

Blake paid me to write this.

My brother said, "Write a post called, 'I have a great little brother...'"

Hello, my lovelies! We are still in NYC, but can't post any pictures because the USB port is at home in Portland.

It's muggy as hell here (great weather if you're a mosquito, I'm sure), and we have walked so much that I think my toes are going to create a voodoo doll with my name on it, but it is FUN to be on vacation. My bro is a great traveling companion.

Among other highlights, I have...

Overheard a loud conversation in Spanish and informed the guy that saying, "I'm a well-defined man, will you all suck me off?" was NOT a good pickup line. Funny, you should never have conversations in other languages and expect that white/Apache looking girls won't understand you...

Saw Mike D! He also spent several hours traveling to come see us. We had cheesecake and I almost cried when we saw him off at Penn Station. Among other clever things, when we passed a shopfront advertising "live nude girls," he asked, "As opposed to clothed dead ones?"

Posed for a picture with a man wearing only his underwear - it was a fundraiser for AIDS research (long story.) I will post the picture later if you can handle it!

Going back to California Wednesday with, among other things, a lot of laundry! Sorry I haven't been on your blogs but I've had virtually no access to a computer until today.
Posted by Riot Kitty at 9:19 AM 11 comments: 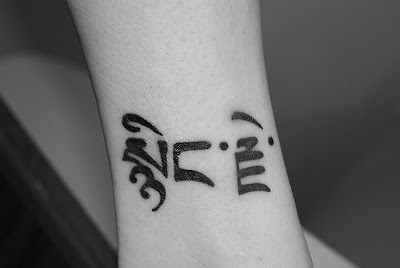 It finally healed - even though the skin is so new it's slippery-looking, like a snake's.

It's about two inches over my ankle, and neatly covers a scar made by a mean spider that bit me five years ago.

Apropos of nothing, the electric toothbrush arrived today (thanks, Dad!)...and came with a warning to use on "teeth, gums, and tongue only - no other body parts." 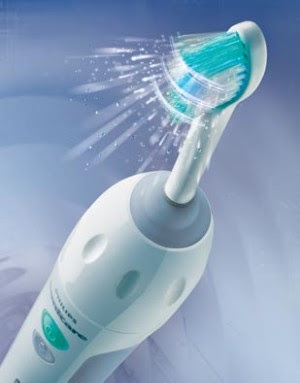 I don't even know where to go with that one, or whether to laugh, cry, or howl about the fact that there is a need to include that kind of warning...

So I'm off Wednesday to California, and my little bro and I are off Thursday to NYC for a few days. I don't know if or when I'll have access to e-mail, let alone posting, so I'm not ignoring all of you lovelies!

Want anything from NYC?
Posted by Riot Kitty at 9:46 PM 22 comments:


We went to see Sting play with the Royal Philharmonic Orchestra last night (an early - very early - b.day present from my dad.) He played a lot of songs I loved that I had not heard him play in concert before.

I had always thought "Why Should I Cry For You?" was a love song - and it was - but a very different kind than I thought for all of these years since it came out in 1991. It was for his dad, who had died right before he released The Soul Cages album.

It made me cry a little. I am going to New York this week, and I'll be there for the fifth anniversary of my cousin John's death. I'll also be there a few days before the birthday of my friend Ward, who died in 2003.

So this song is for both of them. If you can't play the music, read the lyrics. They're haunting and beautiful.
Posted by Riot Kitty at 9:54 AM 11 comments: 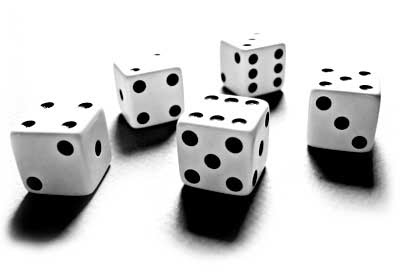 Having been encouraged by his kids and his friends, my great uncle J, who is a retired pastor, has been writing down stories about his life. I'd say memoirs but he is about the least pretentious person you could ever meet.

He is a very good writer - I suppose he had plenty of practice writing sermons - and I told him so. I'm going to share his first installment (with his permission, of course) with my writing group tomorrow.

"Sometimes, some of the seemingly insignificant decisions we make in our lives come to have very significant consequences."

I don't believe in coincidence. I believe we are meant to meet certain people and encounter certain situations in our lives - including challenges that we may not understand for a long time to come - and that we are offered chances and opportunities that we can jump to claim. Or blow it.

OK, the real pervert, obviously, is me. But tell me this conversation wouldn't have you in giggles:

Periodontist: "I recommend you get an electric toothbrush. Be sure you get the kind that vibrates, though."

Periodontist: "And - you said you're married, right? It changes heads, so your husband can use it, too."

Next week I have to get a cleaning (today was exam only), so it probably won't be so funny. But with enough anesthesia, who can say? :)
Posted by Riot Kitty at 11:15 PM 16 comments: