I didn't plan this long of an absence from blogs - I've been under the weather. Where the fuck does that expression come from, anyway? It feels more like being under the oobleck - as in this: 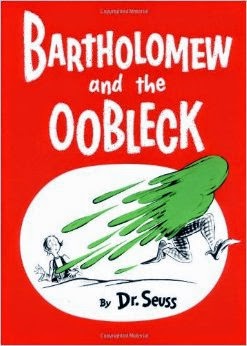 Dr. Seuss made up a lot of words, but I think that one may be my favorite, because it so accurately describes that very special feeling of being sick. Monday afternoon, my boss said he was "going home to rest" after traveling for business this past weekend. Tuesday morning, the oobleck (his? Mine? Who knows?) attacked us both.

Then, to add insult to injury, once you finally outrun the oobleck, you get hit by the tired stick. 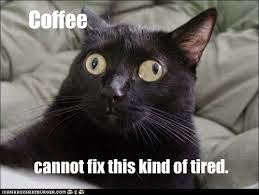 Then, back at work, everything makes you grumpy. 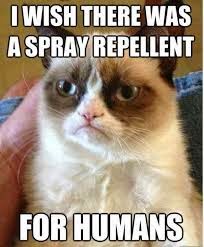 My poor coworker and I had this conversation.

Me: "I thought you went through the mail when I was gone! But it's in a pile on my desk!"
Coworker (with blank stare): "I didn't have a chance."

Me later that day: "Sorry, I'm sick and grumpy."

Which, at least, is one more excuse than normal!

What makes you get your grump on?

And I bet you would, too, you just haven't written about it yet.

1. Why the phone system at work got fried by a storm on the SAME day I ran out of cell phone minutes, which has never happened before, AND the heater decided to start spitting icy air out, and my computer decided to keep crashing - all at the same time. (I actually put this lolcat on our Facebook page at work with an explanatory message about the phones. Pretty cool, no?) 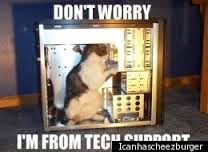 2. Why the internet is buzzing about a certain person's ass. An ass makes headlines! Shit, I'm in the wrong line of work.

3. What exactly do the models and actors do in the group Models and Actors for Christ? (I'm not making this up. I see this billboard on the way home from work every day, and it bugs me not knowing.)

4. Why the person who couldn't remember when his appointment was just showed up at my office this morning. Like you do.

5. Why his mother said she doesn't like stairs, so there should be an elevator (in a two-floor building), but continued to take the stairs rather than wait for him in the lobby.

6. We saw Birdman this week, which is a really good movie. So my question is...it's referred to as an "art film." Who decides a film is art? Does that mean other films are not art? Inquiring minds want to know.

7. Speaking of that movie, it turns out that Michael Keaton and Courtney Cox dated for several years back in the 90s?? Um. WAT? 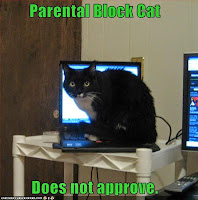 8. Why does Alaska only send shitty things down to the mainland? We have premature winter this week, thanks to a storm from that state. Their politicians are just as bad, and they seem to last longer.

9. I know...why ask why...but I must. Why do I live in a state where more people voted on the legalizing marijuana measure (which passed) than voted for Governor? I mean these people filled out their answer to that ballot question, but didn't vote for either guy who wanted to run the entire state. 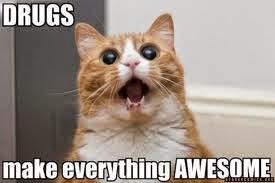 10. What can the conversations be like between our current governor and his fiancee? Oooh, what I wouldn't give to be a fly on the wall in that house!
Posted by Riot Kitty at 8:05 PM 18 comments:

Last weekend, I went with several friends to watch a performance of comics who had taken the Stand Up for Mental Health comedy class. One of our friends was getting up on stage, and I wanted to support her...and I had no expectations.

Silly me! The show was fucking hilarious. In fact, I started thinking about how moments from my own life might make good punchlines. I imagine a psychiatrist asking if my family has problems with mental illness...and myself responding, "No, actually they enjoy it." 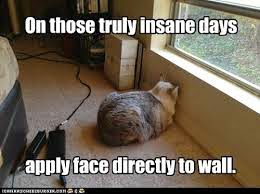 Food for thought
Once, on Halloween when I was a kid, we made caramel apples. I was so tired by the time the apples were done that I went to bed, planning to eat it the next day. In the morning, however, my mother informed me that the apple was gone, "because a roach had eaten a hole through it." It wasn't for a few years that I realized the "roach" was my mother. Come to think of it, that wasn't a bad comparison.

Food for cats
Things that are perfectly acceptable in the feline world are gauche for humans. Why, may I ask? For instance, a couple of days ago, Mandrake hoovered his breakfast and then started on Vasil's. Mr. RK asked me, "Would it be ok if we went to a restaurant and I inhaled my food, and then snatched your plate?" Come to think of it, there are a few people I'd also like to bite on the rump in meetings when they get out of hand... 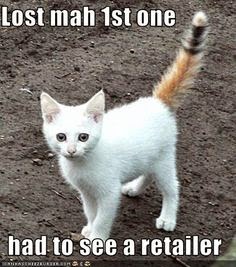 Food for your brain
It's not entirely bad living with OCD*. Although I'd really prefer it was spelled CDO. You know, in order.

*Yes, I really have OCD. So I can make fun of myself.

Then there are the weird dreams. Last week, I had one that was entirely in Spanish in which I was involved in a fender bender, and spent most of the time explaining that the person in the car with me had gone to seminary. The night after that, I had a dream I was making out with Alice Cooper. (A younger Alice Cooper.) I texted a friend about it and he wrote back, "I thought you weren't into girls?"