It started with a cat bonking me in the face

I've been somewhat out of commission this week. It all started with a cat bonking me in the face.

Yes, Vasil is one adorable 10-pounder - and he has a skull made of steel, apparently. I pulled him out of a cupboard and he flipped back like we were fly fishing and hit me squarely on the nose. Long story short, this threw my neck out and by Thursday I thought my brain was going to come through my forehead.

The culprit. Doesn't he look cute and innocent? 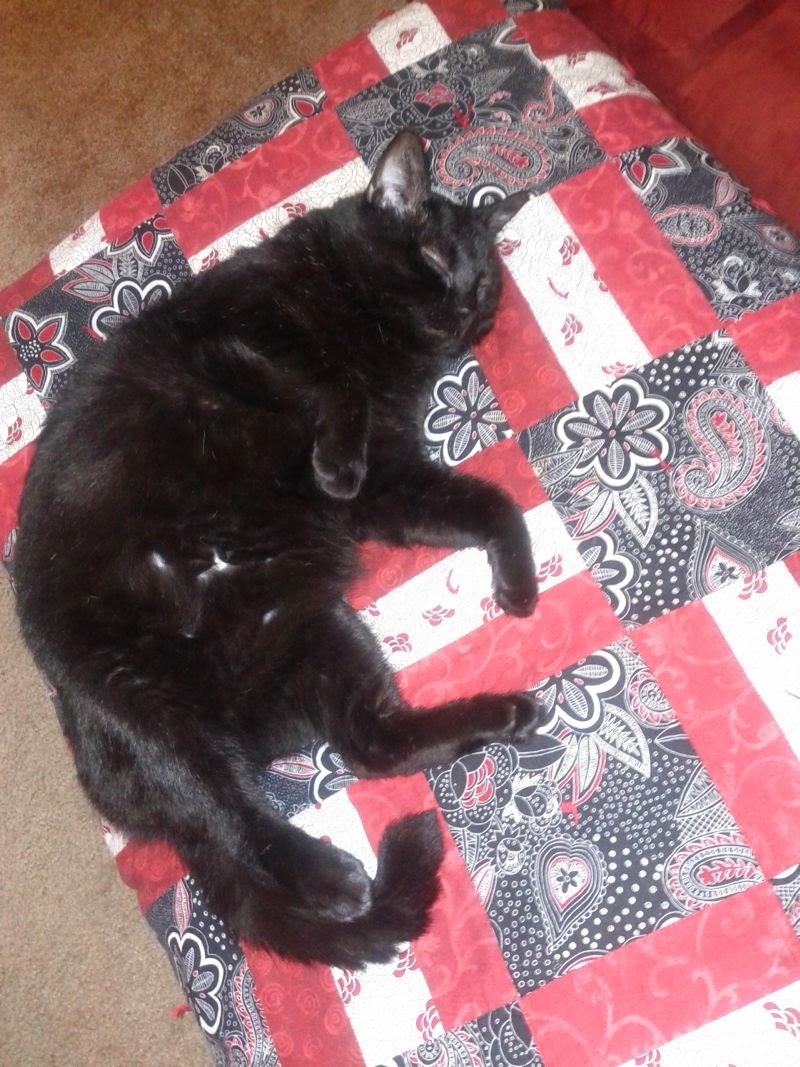 My acupuncturist, trying to stifle a giggle: "This was all because of a cat?"

So here I am, tentatively back in the land of the living, and I hear about Leonard Nimoy. I have a sad. It's been a strange week. 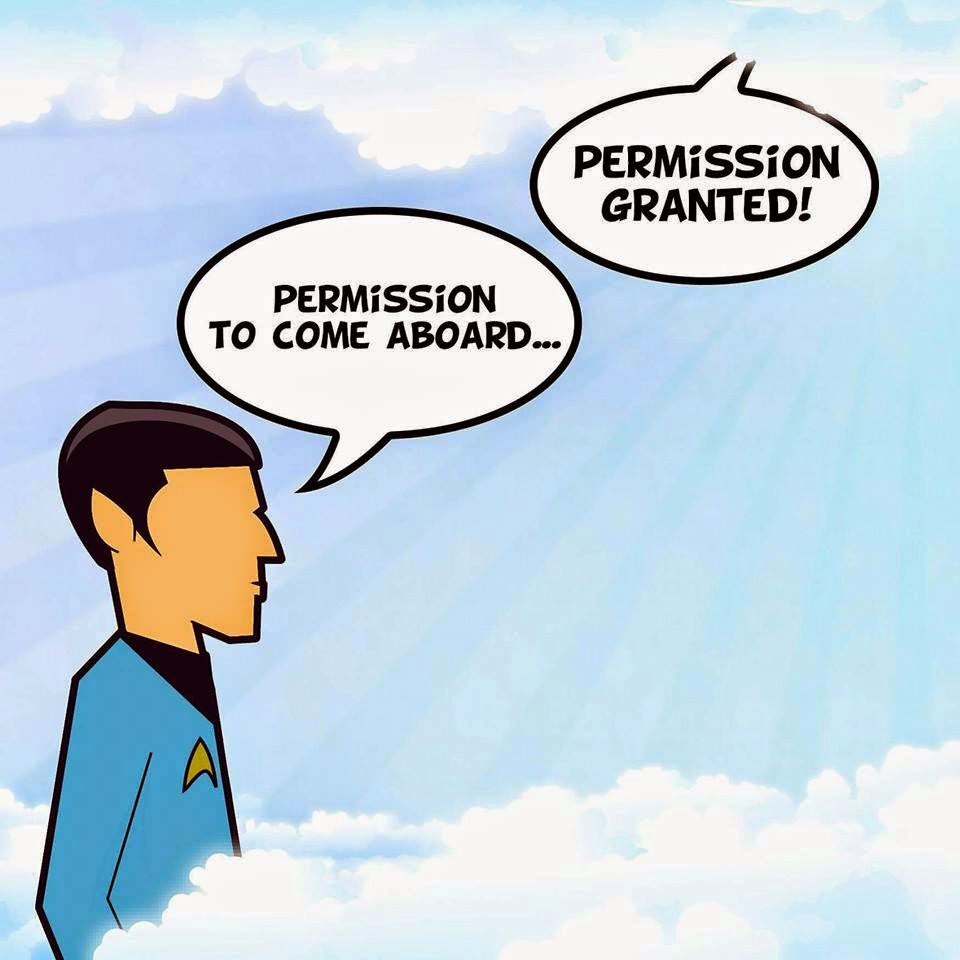 I would credit whoever came up with this, but have no idea. Someone very clever.

He once said he thought people connected with Spock because "they recognize in themselves this wish that they could be logical and avoid the pain of anger and confrontation."

"How many times have we come away from an argument wishing we had said and done something different?" he asked.

I've been thinking about life and death this week. An older relative made a rather amazing recovery after aortic valve surgery, and then I found out that four of the members of my graduating class in high school have died, as well as someone who I had been close friends with who was a year behind us. I was talking to Mr. RK about this last night on our date and he deadpanned, "How cheerful. Tell me more about your dead classmates!"

After surviving complications from a life-threatening illness almost three years ago, I am constantly trying to remind myself that the little stuff doesn't matter. And as someone said, it's all little stuff.

That said, ranting in this space is one of my great pleasures in life, and you can expect more to come!
Posted by Riot Kitty at 11:35 AM 17 comments:

Ultimately, a penis is to blame.

One of my little brothers is visiting this week. Tonight he said, "I'm waiting for Riot Kitty to update her blog."

Mr. RK said he wanted to show me "math." He pointed out that the calendar said the 19th, and the date of my last post was the 8th.

The short version: I'm on vacation this week, decompressing from some really, really, REALLY busy and intense work weeks.

The funny thing is, I was debating writing about dealing with idiocy at one of our events last week - and that included the fact that we had no wifi - which meant we had no idea this idiocy was going on across the street at the Capitol. The day we were there was the day before our Governor resigned.

So there we were, our tiny little state making front page national news, because this woman can do something very well. Worth leaving the public eye in disgrace, even. Apparently in his first two terms as governor (which is as many as anyone should have, IMHO), he was, as my dad remembered, "A decent progressive. Too bad he stumbled over his penis." 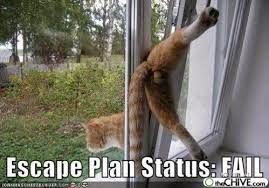 And then, of course, he blamed - wait for it - the media.

Not his lady friend.

Personally, I think a decent case could be made to blame his member. I mean, this is the West Coast. We've had such implausible legal cases as the Twinkie Defense and O. J. Simpson looking for the "real" killers. 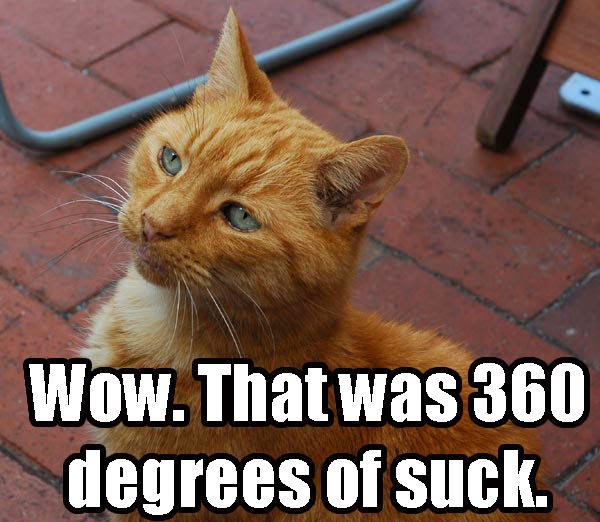 For his sake, I hope the sex is worth it. But why not try that as a defense strategy?

After all, ultimately, a penis is to blame. That really isn't all that different than "the devil made me do it."

One of my good friends is having a baby in March. That baby happens to a be a girl.

Can I just say, it was really disturbing to find out how gendered - or rather, gender stereotyped - the shopping experience is for a baby-to-be! 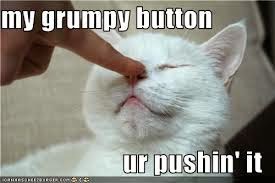 Refusing to jump on the gender train, I have ordered what I thought she/her kid would like.

Thank you for shopping with us. You ordered "Magnificent Baby Baby-Boys..." and 3 other items. We’ll send a confirmation when your items ship.

So a gray hat = a boy, of course. So does anything blue, green, or yellow. Anything pink or purple is a "girl baby" item. 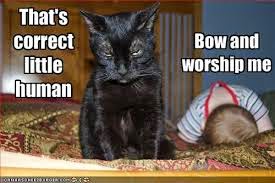 My friend texted me: "I wonder if my daughter will grow a penis because she's going to wear a gray hat."
I wrote back: "Maybe if I get a blue one, she'll grow balls!"

Then there are - apparently - baby headbands. I was stunned when my friend shared this news.

So right from birth we go on and on with the gender imprinting - or the imprinting of how we define gender - and the fact that we're sending kids the message straight from birth that their genitalia (as opposed to their brain or their personality) defines who they are, or who they are supposed to be. This is distressing for so many reasons, I don't even have enough space to write down all of my thoughts on it.

Have we gone backwards since the 1970s and 1980s? Apparently. Because my clothes (which weren't pink, by the way) were saved as hand-me-downs for my brother N and my male cousin A, and no one blinked. My brother played dress up in an amethyst necklace that was my mother's, and all that occurred to me was to be jealous.

You can be damn sure my parents didn't make me wear a headband.