The brain cannot function without coffee.

That's a line we heard in a BBC murder mystery last night (have you seen David Suchet as Agatha Christie's Poirot? OCD people everywhere, unite!) And I find it to be true.

I mean, espresso is a reason for living.

Since this spot is a vehicle for grumping, I thought I'd mention a few things that make me happy.

Not that there are any surprises here...

Kitties! Life is so much better with furry little guys. 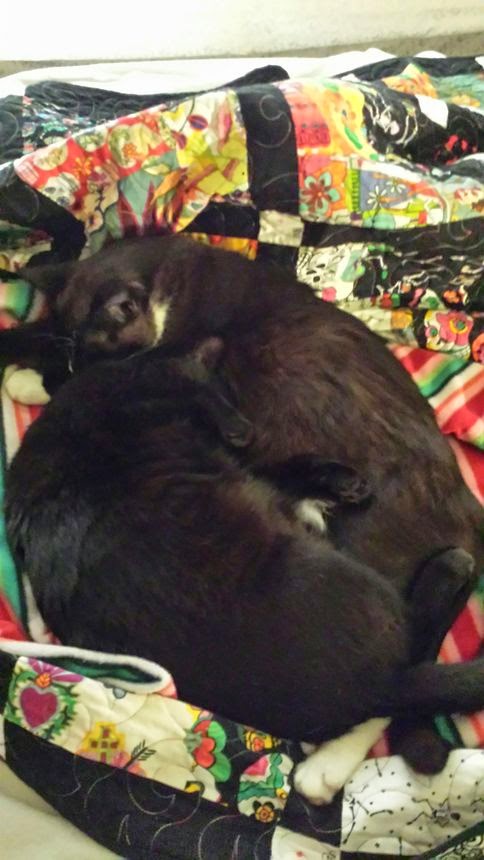 Cheesecake. And the friend who made me a vegan, sugar-free version so I could actually eat some. 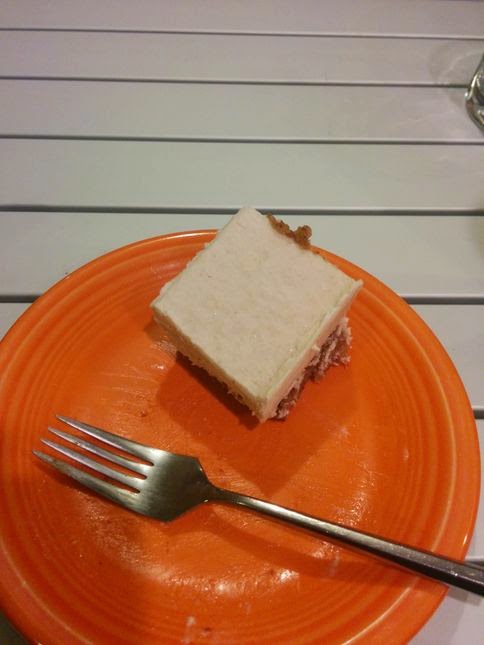 Painting. I can't draw to save my life, but I have a decent eye for color. Here is an ornament I painted for my BFF. 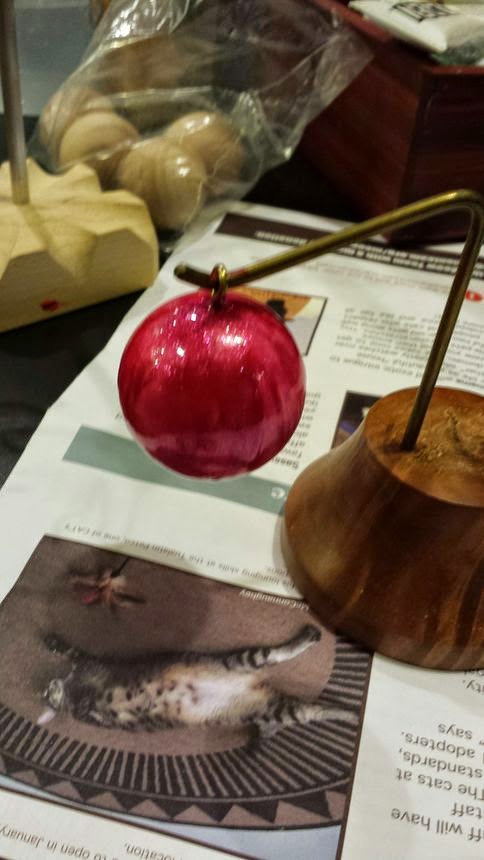 Laughing. I saw this in an antique/junk shop in Portland yesterday and it reminded me of a lewd joke my dad told us years ago. Let's just say, "I sold your thermos for $100" was the punchline. 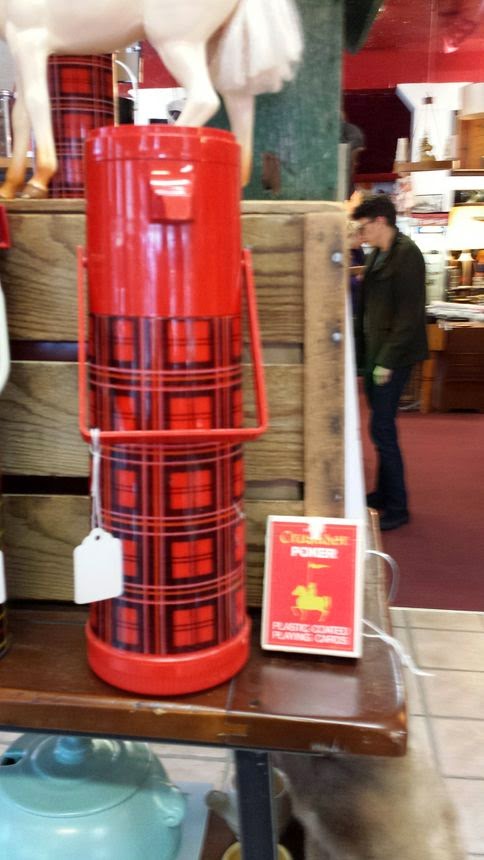 All of you in blogland! You always cheer me up. Happy New Year!
Posted by Riot Kitty at 4:53 PM 19 comments:

I appreciate that in this part of the world, we all need a little pick-me-up to get through the dark-early, often gray and rainy days that seem to last forever.

I don't dislike Christmas. I do, however, hate how the entire month has turned into a retail free-for-all.
If I wanted an excuse to hit someone, I could find plenty. I don't need to go to Wal-Mart and fight over something on Thanksgiving evening.

So, I typically avoid 1. shopping for anything that isn't absolutely necessary and 2. being social any more than I have to be during this month.

That said, there is plenty more to annoy me. Such as:
And we all know that winter is a hard time for those of us who either have seasonal depression or flat-out fucked up depression like mine. Being in a workplace where we are trying to let people know it's OK to ask for help, I am tired of people saying they're depressed/anxious/etc. "but it's not a mental illness, it's different."

Tip for the unitiated: NO IT FUCKING ISN'T.  Your brain doesn't compartmentalize like that. It doesn't say, "Hey, sexy! You're going to be anxious today, but it's really coming from your liver. It's not a mental illness."

It's not all bad, though. I do make homemade gifts during this season (see above and below. I'll happily make one for you!) 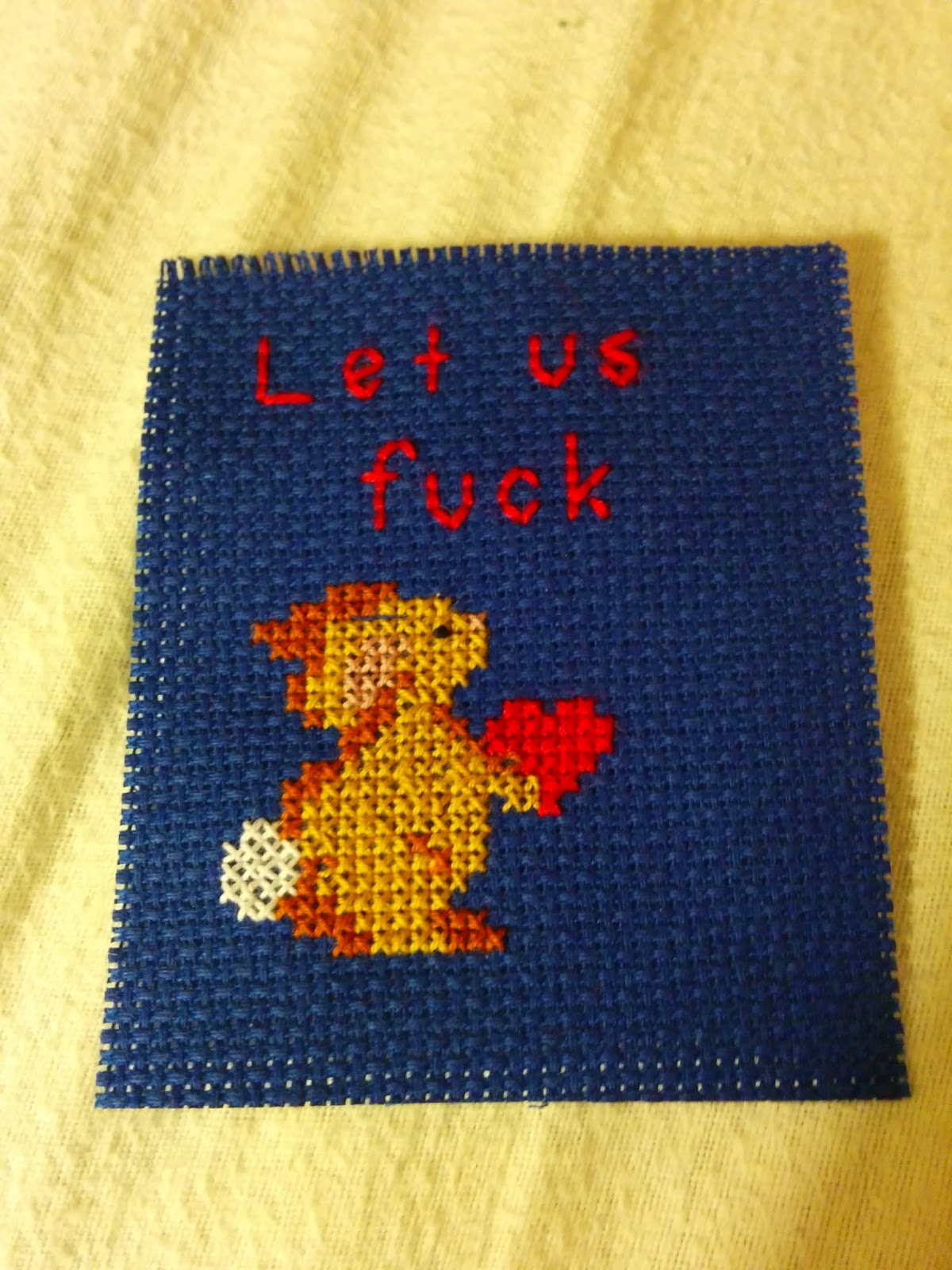 Social graces (where I get my grump on)

I suppose nothing ruffles my feathers as frequently as bad manners - or no manners.

And in the hierarchy of offending gestures, there is nothing more obnoxious to me than being interrupted in my own home by people purporting to save my soul. (A tip for the uninitiated: I'd rather be in whatever kind of hell your religion espouses than get saved, if I have to do it with you.)

This evening, I was expecting a friend to drop by, hence I actually answered the door during dinner.

Note: if you are not invited, or flashing a badge, this tactic will fail in the House of RK.

That is pretty good restraint, no?

Then I realized what I was wearing. 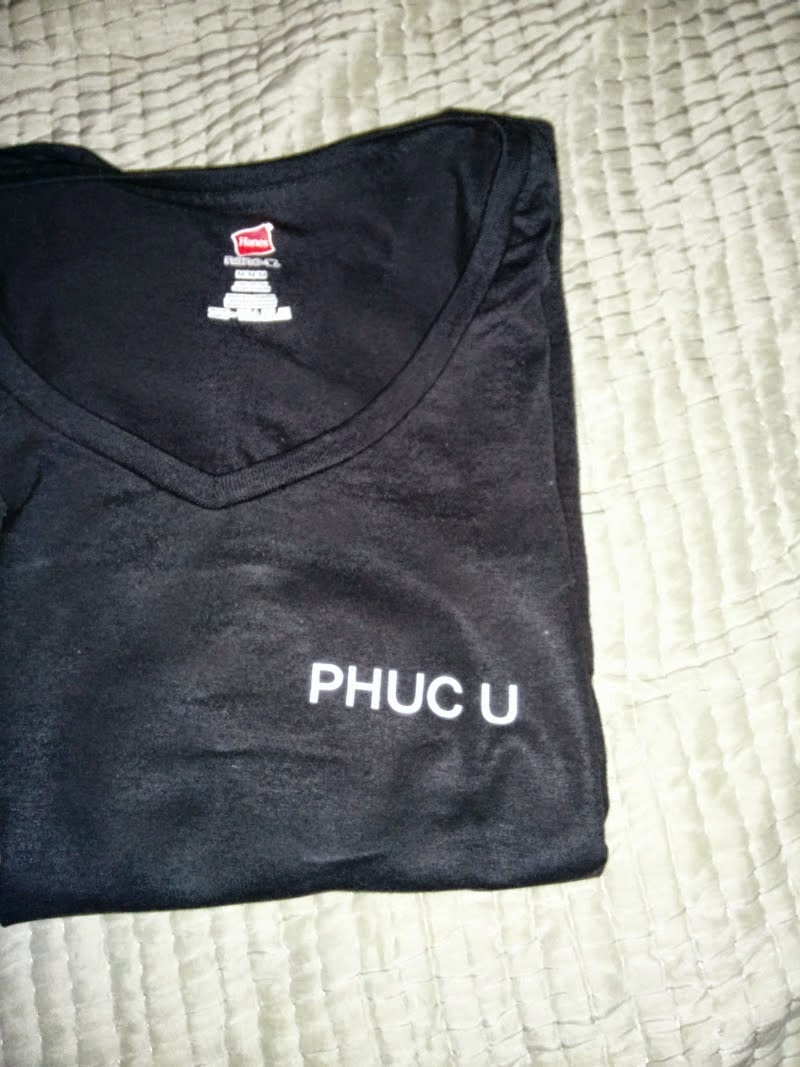 (If you want to know about this shirt, read more here.)

Other things that are annoying me this week include the fact that I have to work with mustache man on our upcoming lobby day again. I'm sure he remembers me, because I all but flustered the Yosemite Sam mustaches off of his annoying little face two years ago.

And then there is Vasil, who has recently discovered how to meow up the stairs. Yes, you read that right. He has mastered the power of the echo - at midnight, and at 5 a.m. However, he is so unbearably fucking cute that I literally can't throttle him. 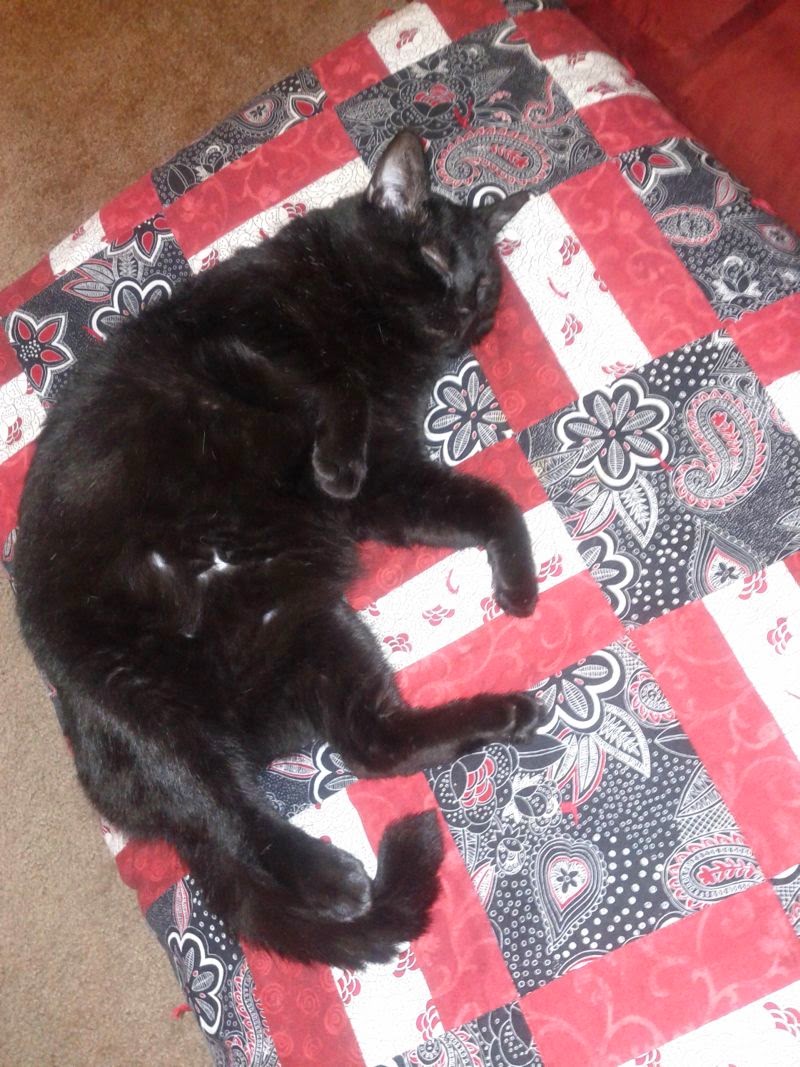 You'd never know he could be such a little asshole, would you?

Lastly, the lady - scratch that, the female - who blew through a stop sign and nearly bought me a new car, or a new me. Luckily for both of us, I have really good brakes, and so does the person who was behind me. I really and truly hope that when I laid on the horn like nobody's business you shit your pants.

My house during the holidays

Once again, I will reiterate here (and to anyone who will listen) that one of the lovely things about being an adult (not to say a grownup) is that I don't have to spend time on holidays with people I don't want to see. 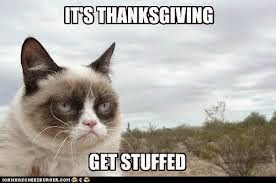 To wit:
Mr. RK scared the shit out of me, though. He said, "My (insert relative here) texted to say Happy Thanksgiving. So I invited her over."

Because he wants to stay married, that's why.