The end is indeed near. Really, it is.

My whole (younger) life, I always laughed at people who said they felt old remembering things that happened 20 years ago (I have very vivid memories from that time now), and I always told people, "Age is a social construction!" 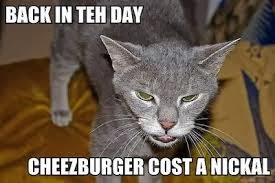 And then today, offering cookies to our intern at work, who is taking a year off in between high school and college, I made the mistake of telling him I can't eat them.

My reply to that: "I can't eat them because I'm diabetic, and they're not vegan."

I had several other replies that involved cursing and smacking him with a legal sized envelope, but we won't go into that here. Let's just say he revised his statement to say I was "young-ish." He doesn't even know how old I am, but clearly I've got one foot in the nursing home already. 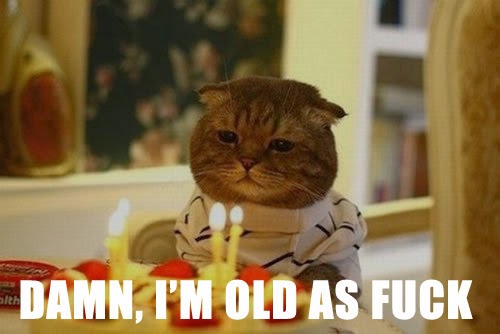 So I stand corrected. Age may be a social construction, but clearly people younger than I am are helping construct it.

Incidentally, the title of this post is relevant. I was trying to reach the kiddo the other day, and a friend who is also trying to mentor him (luckily this friend's hair is already gray) texted me and said, "He has his phone, but he is out delivering flamingos."

So I called him and he picked up the phone and said, "Hey RK! I have to call you back, I'm neck deep in flamingos!"

Apparently one of the staff at his group home has a side job delivering plastic pink flamingos.

I bet you it's one of those gag birthday companies where they put a gazillion flamingoes on the birthday person's lawn at night! And flamingoes aren't bad. Sometimes they put headstones or vultures.

I think I would enjoy delivering flamingos.

I can think of worse things to be neck deep in than flamingoes. And plastic flamingoes cannot produce one of those worse things.
And yes, old is older than me. But not much these days. Not much at all.

And think of this---depending on what state he lives in, he can VOTE!!!!
I love that the Kiddo was delivering Flamingo's....I bet everyone is right---they DO put Plastic Flamingo's on people's lawns---I don't know the signifigance(?) of that but, it's better than loading up the Front Lawn with lots of Dog Poop.....!

"Old" is what I've got. I don't feel it on the inside, but my body sure feels it and looks it, too....No fun at all! I mean, it truly sucks! I don't think I would feel that way if my physical problems weren't so exhausting...! What they say about 'youth is wasted on the young', is so very true.

I was talking about your brother turning 18, by the way, not the Kiddo....Here in California the voting age is now 18! I think that's great! Maybe some of the younger people will be able to sweep out the old farts in Congress and get some younger more forward thinking folks. It's enough of those Old White Men already!!!

Neck deep in flamingos. Sounds like a serious personal problem.

We had a fund raiser at our church once and we paid to have flamingos placed on lawns of other church members.

I guess there are worse jobs than delivering flamingos. :)

I didn't know you were diabetic.

Were they inflatable flamingos?

Anything flaming well goes these days, it seems!

When people start confronting you with it, that's the worst ;-)

Those pink flamingos freak me out!

If you were really old, you'd be ordering a shipment of pink flamingos.

You're welcome for that.

What the what? Pink Flamingos??? Who buys or even would want plastic pink flamingos?

I would of smacked the guy for the reference about "being young" though. If people consider me old, they need to keep it to themselves. There is no good to be had from depressing me.

One of my coworkers said to me the other day: "I hope I look as good as you do when I'm your age."


i'll be honest, myself getting old scares me a lot.
but then,

a person can look old and frail but the soul it doesn't age, right?